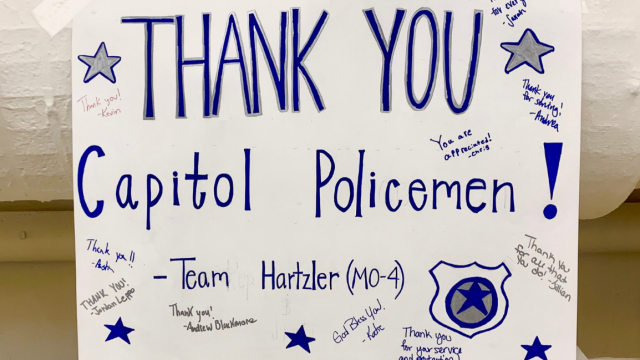 This week, I was in Washington tackling a wide variety of issues including voting to honor our heroic Capitol Police officers with the Congressional Gold Medal as well as combating legislation which would weaken women’s rights. Despite being more than 900 miles away, I was also glad to have the opportunity to connect with our district throughout this week, meeting virtually with college students and education officials.

As always, one of my top goals is to keep our community fully informed on the critical issues facing our nation. Please see below for an overview of this week’s events. 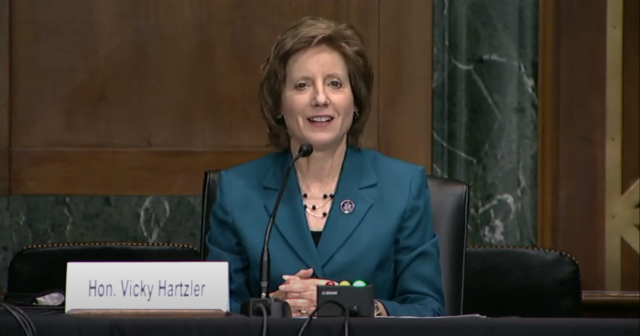 As the Senate considered the misnamed Equality Act this week, the House also saw votes on legislation which would weaken protections for women. I was honored to speak in both chambers in defense of women, highlighting alarming issues in these pieces of legislation.

During the Senate Judiciary Committee’s hearing on the Equality Act, I delivered testimony outlining the harmful impacts this legislation would have on women.

At its core, this legislation’s influence would sadly be prominent in K-12 education, especially sports.

Female athletics are near and dear to my heart, having competed in sports and coached track. It takes my breath away to think that under the guise of anti-discrimination, Members of Congress are willing to sacrifice a young girl’s opportunity to compete on a level playing field. 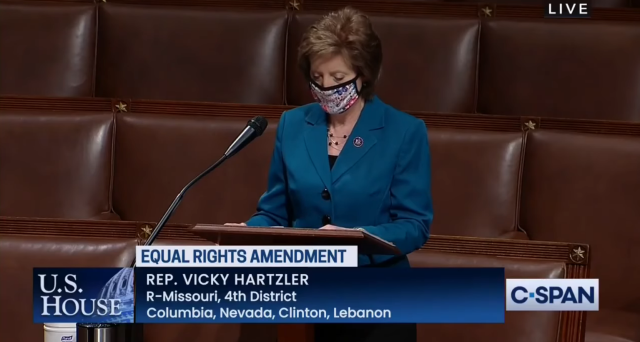 I also took to the House Floor to highlight the consequential repercussions of the Equal Rights Amendment (ERA) for women’s safety and privacy.

Not only has its original 1979 deadline for ratification long expired more than four decades ago (which the late Supreme Court Justice Ruth Bader Ginsburg acknowledged), but its possible adoption would produce devastating and harmful impacts towards women’s rights — such as allowing biological males who identify as female into battered women’s shelters or to participate in women’s sports. Even worse, this amendment also sadly promotes avenues for taxpayer-funded abortion by entrenching its legality.

It’s time to celebrate the rights women have achieved and stop trying to use them to pass a radical agenda that promotes abortion and ultimately jeopardizes women’s rights.

Connecting with Students and Schools 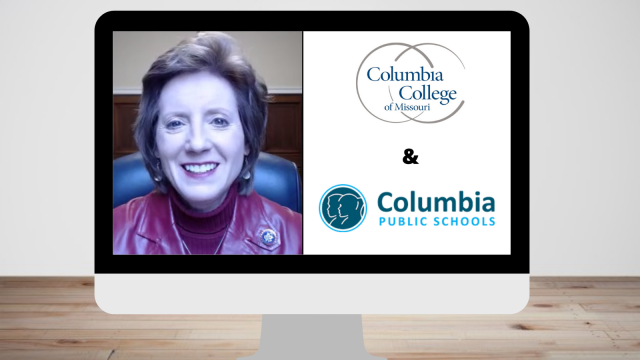 I had the pleasure of virtually meeting this week with students from Columbia College as well as Dr. Peter Stiepleman, the outgoing Superintendent of Columbia Public Schools.

As part of Columbia College’s Legislative Process class, I was privileged to be able to connect with these students and discuss the role Congress plays in our federal government. As a former teacher, it is always a special day when I get to be back in the classroom — albeit virtually on this occasion — to visit with our state’s future leaders.

During my discussion with Columbia Public Schools’ superintendent, Dr. Stiepleman, I learned about a very exciting project known as the Boone County Nature School. This is a partnership between Columbia Public Schools, the Missouri Department of Conservation, the Boone County community, and the county’s six school districts. When completed, students from public and private schools as well as those who are home-schooled will have the opportunity to learn and experience nature on a 111-acre campus located on the Waters-Russell Unit of Three Creeks Conservation Area between Columbia and Ashland in Boone County. It will include a sustainably designed nature school building, an outdoor pavilion, restored native habitats, a fishing pond, and access to trails that lead to streams, caves, and sinkholes.

Once completed, 11,000 students will enjoy this nature-focused facility each year – including every 5th grader in Boone County. This treasure will be completed in two phases with the first opening this fall. Phase One will include the outdoor pavilion, a local elderberry field, and a food forest with Missouri native foods. Phase Two will include the building with four classrooms that represent Missouri’s four ecosystems. Currently, the project is 70 percent of the way to being financed, amassing approximately $3.5 million. I welcome this impressive project to Boone County and hope it will be able to be completed soon.

This fall, I will be hosting a Service Academy Information webinar for students, parents and educators who are interested in learning more about attending one of America’s five Service Academies. Given the application and selection process for attendance is very competitive and requires students to be meticulous, this event presents the perfect opportunity for academy hopefuls to gain the knowledge and expertise needed to submit a quality application for consideration.

As a part of the information day, students and their family members will have the opportunity to interact with representatives from the U.S. Air Force Academy, U.S. Coast Guard Academy, U.S. Merchant Marine Academy, U.S. Military Academy at West Point, U.S. Naval Academy, and university ROTC programs. Additional information on attending a U.S. Service Academy can be found on my website.

Please register or contact my Harrisonville office at (816) 884-3411. Sending my best wishes as you consider attending one of our U.S. Service Academies and serving our country.

Many senior citizens throughout our district depend on Social Security but have sadly received fraudulent phone calls from people attempting to collect their private information. In fact, the Office of Inspector General reports it as the most commonly cited problem to the Federal Trade Commission (FTC).

Beneficiaries should remain vigilant and recognize that, unlike scam artists, the Social Security Administration will NOT contact recipients to inform them their account has been suspended or demand some immediate form of payment from them. Should you have any reservations about the validity of the person contacting you, please report them or reach out to your local Social Security office.