It has been a bumpy ride in Washington this week as the House considered several pieces of legislation.

After many months of deliberation and hard work on the House Armed Services Committee, the House completed its responsibility in passing the National Defense Authorization Act. Congress has an obligation to provide our troops with the necessary tools for our national defense and we fulfill this mission annually by authorizing funding levels for various military programs.

This week was not without its own challenges. Democrats passed an expansive abortion bill, which I strongly opposed, and increased the borrowing capacity of the federal government which I also voted against. Taking a stand against the Biden Administration and the unprecedented growth of government is important to preserving our freedom. I will also continue to fight for the values that matter most, protecting the rights of the unborn and giving them a voice in Washington.

Please see below for the complete rundown of my meetings and notable legislation of the week. 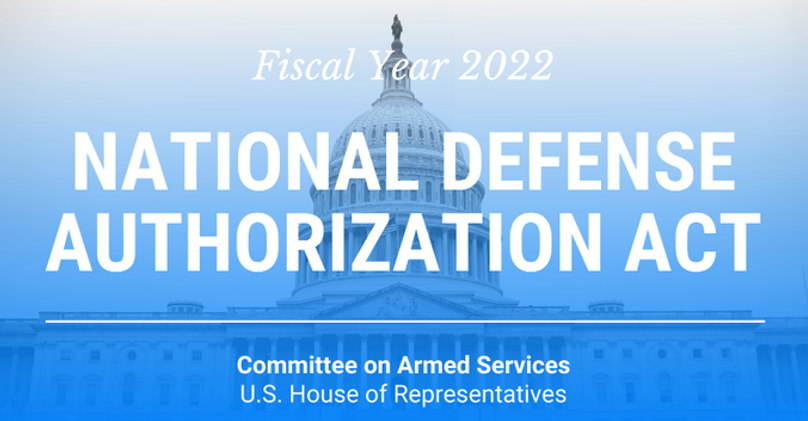 After President Biden cut the defense budget, I voted with a bipartisan group of members from the House Armed Service Committee (HASC) to increase authorization for $25 billion in additional funding that was necessary to keep pace with inflation and provide the needed airplanes, ships, and ammunition our military needs to meet the threats of today.

This includes $9.8 billion more for military procurement directed by the Tactical Air and Land Forces Subcommittee, of which I am the Ranking Member, to maintain our technological prowess against communist China. The Department of Defense, the Defense Intelligence Agency, and the National Defense Strategy Commission have all made recommendations to improve the procurement of advanced technologies to counter the threat from China. The bill will also provide service members with a 2.7% pay increase and contains provisions for the $160 million Fort Leonard Wood hospital replacement project. Furthermore, almost $3.1 billion in funding was allocated for the B-21 program, which will eventually replace the B-2 at Whiteman Air Force Base.

Unfortunately, House Democrats were insistent on including a provision that would require women to register for the selective service. I opposed this in committee and will continue opposing this unnecessary provision as a member of the conference committee. America’s volunteer force is the most effective military in the world, and language to force women to register in selective service is simply an effort by the left to advance a political agenda that does not align with the needs of our military. 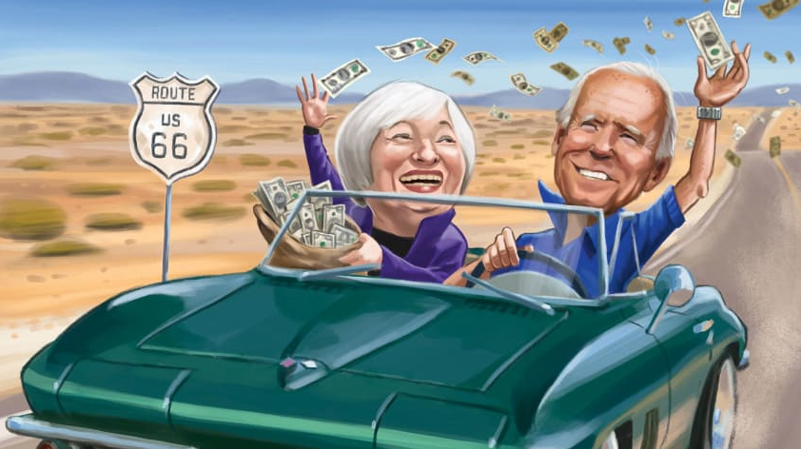 As part of a continuing funding resolution, the House voted this week to increase the debt ceiling of the United States government to help fund President Biden’s new $3.5-$5.5 trillion deficit spending bill. I voted against this legislation.

The continuing resolution is a blank check for House Democrats to pass unlimited spending legislation until the end of next year. This measure places no limits on federal borrowing so the Biden administration can spend as much as the Democratic Caucus wants.

Despite warnings from former Clinton Administration Treasury Secretary Larry Summers, last spring’s $1.9 trillion American Rescue Plan Act has unleashed the highest level of inflation in 13 years. Missouri families are now experiencing shrinking incomes as price increases are exceedingly higher than wage gains. Inflation is likely to become even more pronounced if Democrats pass their budget reconciliation proposal and other measures that could exceed $5 trillion by some estimates.

Speaker Pelosi was determined to hold continuing appropriations for the federal government hostage by including the debt ceiling increase in the continuing resolution. Increasing our borrowing capacity underscores the reckless spending policies of the Biden Administration and the long-term impact it will have on Missouri families.

Lastly, the continuing resolution betrays Israel, our strongest partner in the Middle East, by removing funding for the Iron Dome. This defensive weapons system saved thousands of lives after 4,400 rockets were launched against Israel in 11 days.

Abortion Up to Birth 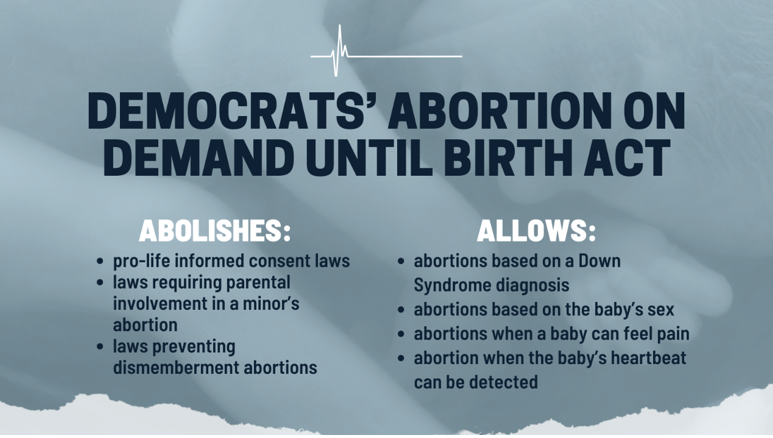 The House passed one of the most egregious abortion bills ever to reach the floor of the Congress. H.R. 3755 allows for abortions all the way to birth while invalidating state laws requiring parental consent for minors, preventing discrimination based on a baby’s sex or disability. This abortion on demand bill goes far beyond Roe v. Wade.

For decades, federal and state laws have shown the humanity of the unborn and have sought to protect unborn life at various stages in pregnancy. All of that disappears under H.R. 3755. As co-chair of the House Values Action Team (VAT), I will continue working with my colleagues to ensure that unborn children are represented in Congress and to ensure this bill never becomes law. 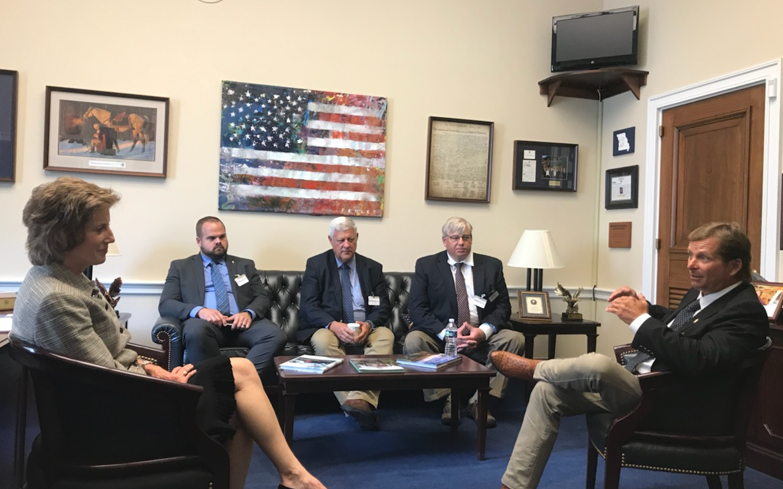 On Tuesday, I had the opportunity to meet with the Missouri Corn Growers Association and spoke with them about working to ensure farmers are not unfairly penalized by the administration’s tax proposals.

President Biden has stated on several occasions he would eliminate estate tax expenditures like stepped-up basis. The Texas A&M Agriculture and Food Policy Center estimates that 97% of farmers could be impacted by the elimination of stepped-up basis because they average $726,104 in tax liability per farm.

President Biden claims his proposal will protect family farms from major tax increases, while also stating he will increase taxes on capital gains. He proposes to eliminate stepped-up basis for individuals in excess of $1 million and couples in excess of $2.5 million, and exempt family-owned businesses and farms that are distributed to heirs who will continue to run the business. However, several House Democrats doubt the sincerity of President Biden’s tax proposal, expressing their concerns over the elimination of the entire tax provision. Elimination of the stepped-up basis deduction has not been included in the budget reconciliation bill this week, but I will continue to fight for family farmers in Washington and prevent the federal government from seizing family farms to simply fund a socialist agenda.

I also met with the National Sorghum Producers this week. We discussed the importance of trade and my efforts to ensure farmers are not unfairly penalized by President Biden’s tax proposals. It has taken this administration nearly 10 months to select the Chief Agriculture Trade negotiator, another indication the agriculture industry is not a priority. For this reason, I am reaching out to the House Agriculture Chairman to request he invite the U.S. Trade Representative to come before the committee to discuss priorities for the agriculture trade agenda.

As the largest exporter of agriculture products in the world, it’s important we hear from this administration and what they are doing for our farmers. Last year, America sold $150 billion in farm products in the global marketplace, creating almost $200 billion in economic activity. 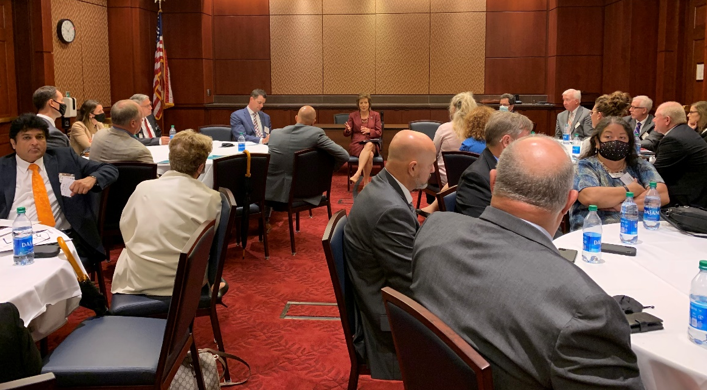 Our healthcare workers and health organizations face tremendous challenges today. This week I met with the Missouri Hospital Association to discuss some of the problems they have faced during the past 18 months. Last year, I supported funding for the Medicare Accelerated and Advance Payments Program under the CARES Act to provide short-term liquidity to hospitals experiencing financial distress during the pandemic. Missouri hospitals received $1.9 billion in short-term loan funding to manage revenue short falls during the pandemic. Unfortunately, so many of our medical facilities are facing a severe shortage of workers which is why I have cosponsored legislation to increase the number of physicians in rural areas.

We also discussed the 340B Program and are working to ensure that hospitals can remain eligible during the COVID-19 crisis. This program allows participating medical facilities that serve Medicaid patients to purchase pharmaceuticals at a discounted price and use additional savings to provide medical services to their low-income patients. By law, these healthcare facilities must serve a minimum number of Medicaid patients. These numbers diminished during the pandemic and place program participation in jeopardy. That is why I have cosponsored a bipartisan bill to allow facilities that have experienced a decline in patients to continue in the program. There are eight hospitals in our district that participate in the 340B Program and over 60 throughout the state. 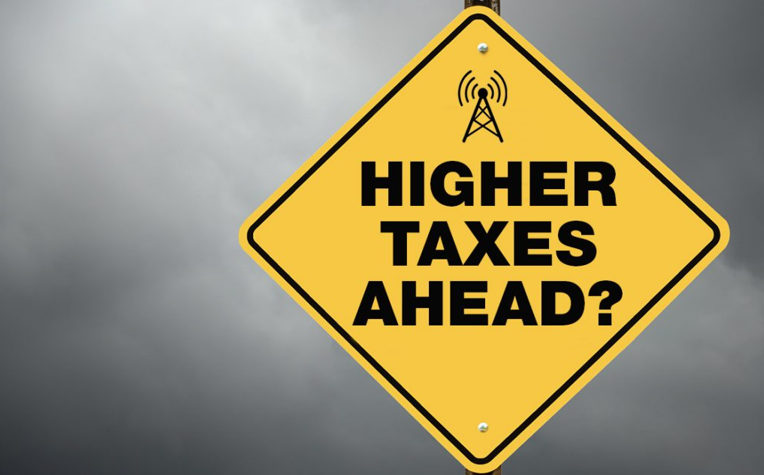 Small business owners throughout our district work hard to sustain their enterprises in the midst of ever-increasing government regulations, and market uncertainty that is often created by government actions. I sat down with several Pizza Hut franchisees to discuss some of the potential obstacles they are now facing from the Biden administration. The reconciliation bill moving through the House requires employers with more than five employees to establish retirement accounts for employees after two years with matching requirements and penalties for noncompliance. This is sure to put struggling restaurants out of business.

Democrats have also proposed lowering the pass-through deduction or 199A threshold. This provision was created in the Tax Cuts and Jobs Act to encourage business expansion through investment in additional resources and hiring more workers. The law allows businesses to deduct 20% of their qualified business income under certain conditions but expires in 2025. Half of all American employees work in pass-through corporations, but Democrats want to tax more small business owners’ income at a time many are trying to recover from the pandemic, hurting their ability to stay open or hire more workers.

Altering the 199A deduction could potentially lead to fiscal contractions within those firms leading to increased layoffs. Two House Democrats want to make the 199A deduction permanent, but they are outliers in the caucus. Eliminating or paring back this part of the tax code will hurt small businesses in our district by reducing incomes and limiting business expansion.