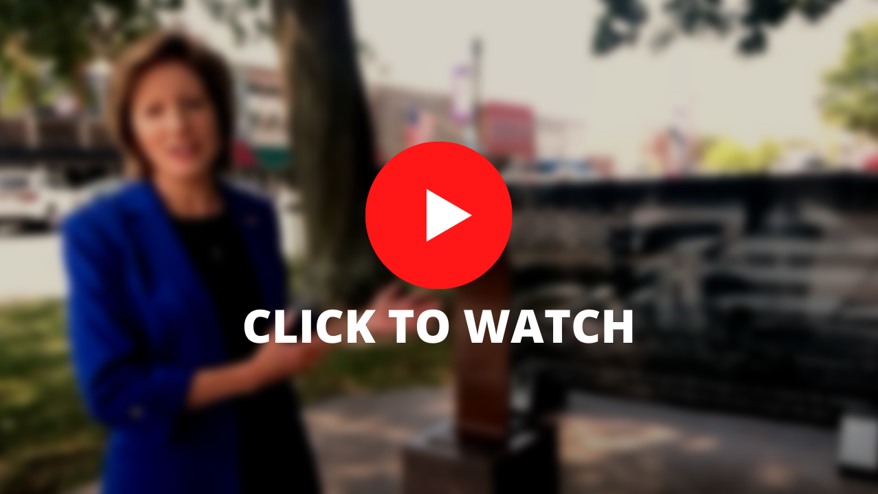 Saturday will mark 20 years since the tragic terrorist attacks occurred in New York City, Virginia, and Pennsylvania on September 11, 2001.

On that Tuesday 20 years ago, we lost nearly 3,000 lives with over 6,000 injured. I’m sure all Americans remember exactly where they were and what they were doing when they heard the news. It was a dark day seared in the memory of every American.

As we reflect on those events, it’s important to remember those lives lost and the heroes who not only were at Ground Zero saving so many individuals, but also those courageous service members who answered the call, combating the evil responsible for these heinous acts.

May we never forget September 11th or those who sacrificed so much to defend our freedoms.

Please see below for a recap of this week’s activities.

We Need An Afghanistan Commission, Not A Partisan January 6th Commission 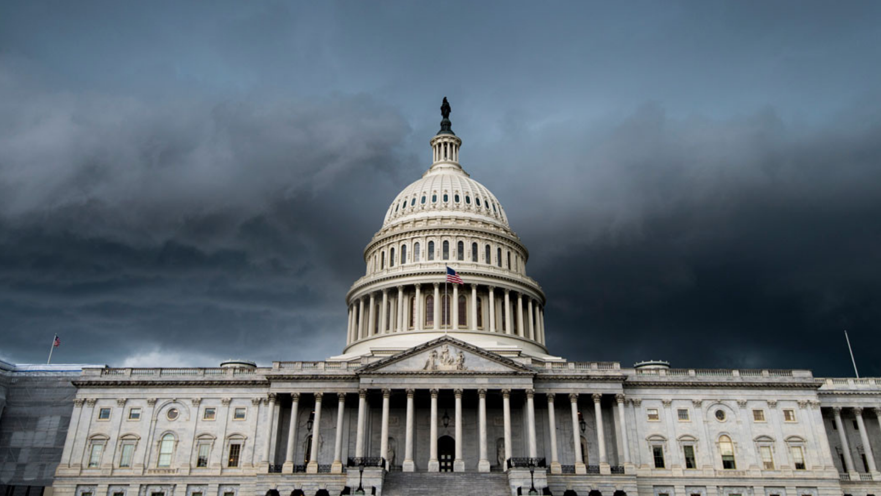 This week, I called upon Speaker Pelosi to end her partisan January 6th Commission and form a commission to investigate the botched Afghanistan withdrawal which stranded Americans, left billions of dollars of U.S. military equipment in the hands of the Taliban, and put thousands of our Afghan allies in harm’s way. From the collapse of the Afghan government to the mass chaos, violence, and death that took place in the final days of the withdrawal, the American people deserve answers on why these efforts ended in such tragedy.

This is the issue Congress should be investigating, but Speaker Pelosi is instead focusing the House’s energies on efforts to further divide and fuel partisanship. The Department of Justice is already investigating and holding accountable those who broke the law on January 6th, as are other Congressional committees. It is clear this commission is being used solely to attack President Trump and his supporters. Americans deserve better.

Read more about my efforts here. 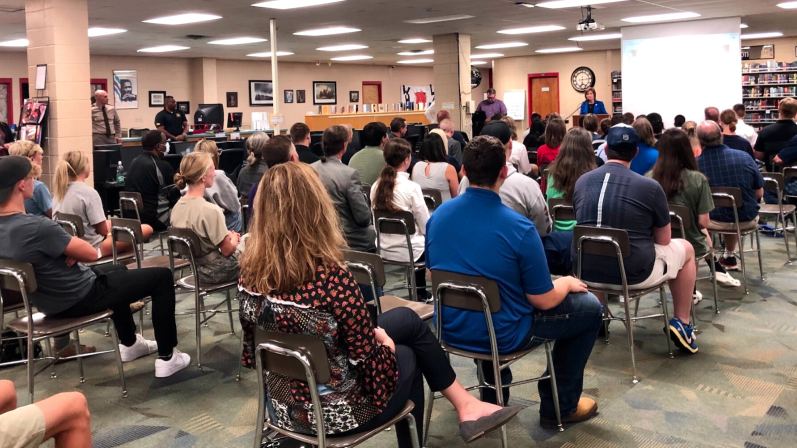 On Thursday evening, I hosted my Academy Information Day in Warrensburg, MO for students considering attendance at one of the five U.S Service Academies.

It was great to see so many young people interested in serving our nation! Alongside representatives from the U.S. Air Force Academy, U.S. Coast Guard Academy, U.S. Merchant Marine Academy, U.S. Military Academy, U.S. Naval Academy, and university ROTC programs, I shared with students and their parents the process for applying to each institution and what qualifications are required. Students then had an opportunity to network and talk with officials and alums of the various service schools to get more information about the process and what it’s like to experience the different schools.

As a senior member of the House Armed Services Committee, I was so pleased by the attendance and encouraged by those interested in exploring this kind of academic experience. I hope that many of them ultimately decide to apply. 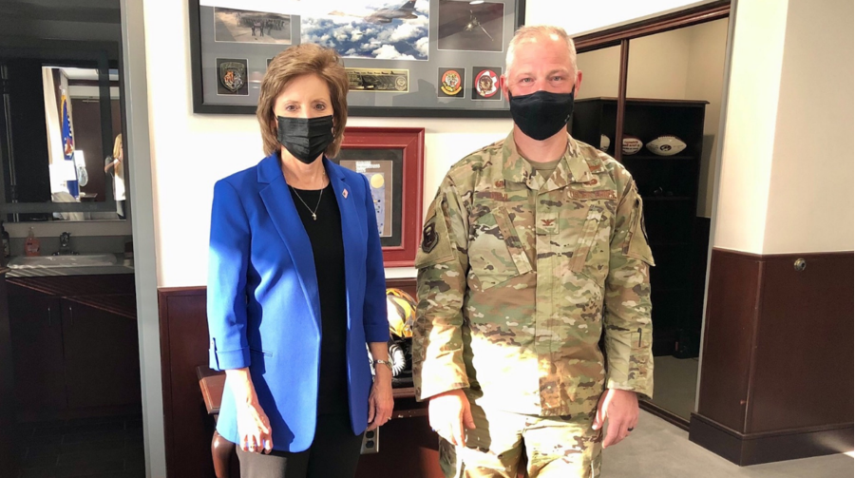 This week, I had an opportunity to meet the new commander of Whiteman Air Force Base, Col. Daniel Diehl. In June, he assumed command of the U.S. Air Force 509th Bomb Wing.

Whiteman Air Force Base is home to the B-2 or Stealth Bomber -- the only B-2 base of the U.S. Air Force and part of the Air Force Global Strike Command (AFGSC). The B-2 can travel almost 7,000 miles without refueling and 12,000 miles with one mid-air refueling. That’s halfway around the Earth! Incredible! 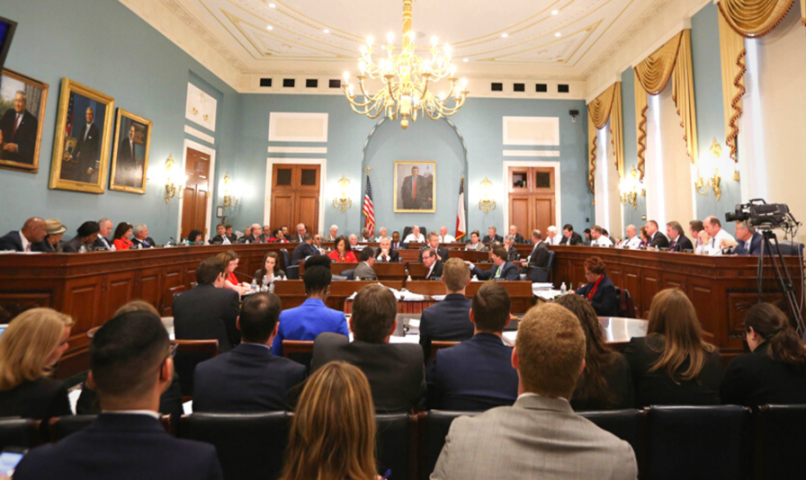 Today, the House Agriculture Committee held a markup to determine how to spend the committee’s $89 billion portion of Speaker Pelosi’s $3,500,000,000,000 budget reconciliation package. Despite such a large sum of money at play, Democrats failed to outline their priorities until 24 hours before our committee met to discuss.

This is no way for Congress to function.

As I toured many farms in our district earlier this month, I heard from Missourians who were concerned about Democrat tax increases, how they can best keep their businesses operational, and finding people willing to work.

When the majority party refuses to operate in a bipartisan fashion and disclose their legislative priorities, it doesn’t just frustrate those in Washington. It has a direct negative impact on our producers and our communities. I joined my Republican colleagues on the House and Senate Agriculture Committees in condemning this process and stress the importance of hearings to hear direct input from our farmers and ranchers to determine if there is a need for additional funding and, if so, how it should be used in the best interest of our agriculture industry and rural communities.

I am hopeful that moving forward, our chamber can better align for the best interests of rural Missourians and their families.