Back to the Drawing Board: Solutions for the Border 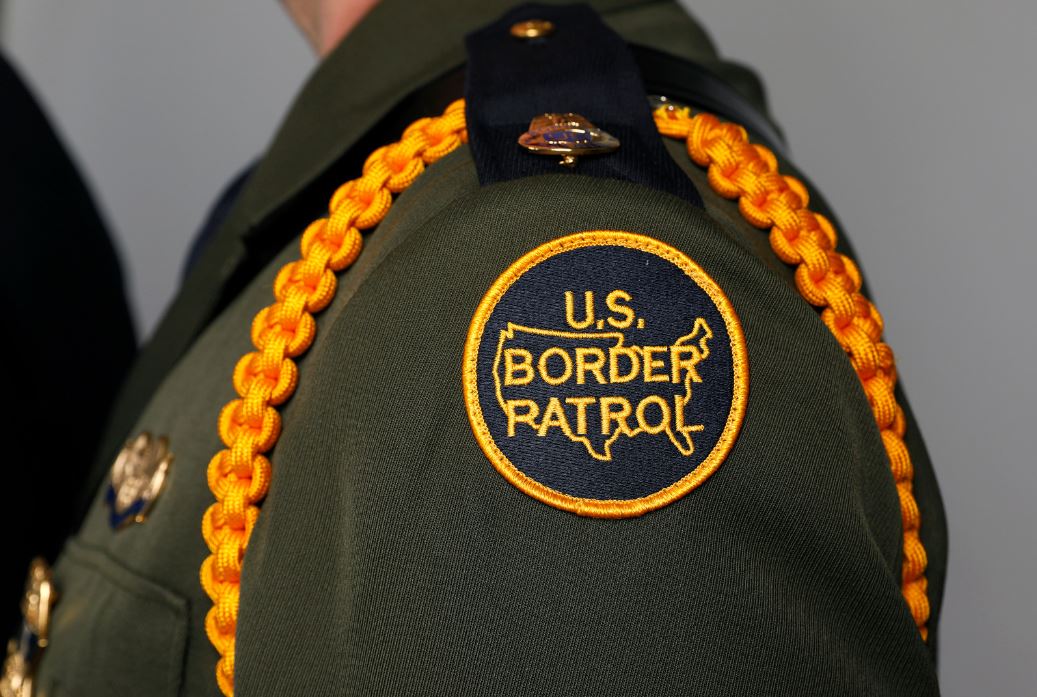 For decades America has felt the repercussions of a failed, outdated immigration system that has rewarded those who enter this country illegally at the expense of those who have followed the law. This week and last week we voted on pieces of legislation that address illegal immigration where it starts – at the border – by allocating funding for a border wall and enhancing security measures that would drastically scale back illegal immigration into the United States. At the same time, these bills would have ended the visa lottery program and instead increased legal immigration for skilled workers needed in the United States. We can all agree that the separation of families at the border is upsetting, and this legislation would have put into law solutions that the President has advocated for. Finally, these measures would have provided renewable legal status for ‘dreamers’ who were brought to this country as children, helped stop further illegal immigration.

Unfortunately, after receiving no Democrat support in the House, both immigration reform bills fell short of passage.

Passage of these bills would have represented the most comprehensive immigration reform in thirty-two years, and I am disappointed that we missed this opportunity to address the illegal immigration problem in this country. Addressing illegal immigration begins with securing our borders, and the funding and security mechanisms within this legislation would have been a significant step in this direction. Although these bills were far from perfect, the reforms they would have provided are preferable to our broken system. The status quo only perpetuates this growing problem on our border, and inaction compounds the issue even further.

Next week we will regroup and see where to go from here. This issue is too important to give up on. I’m hopeful we will be able to advance at least some of these long-overdue measures. 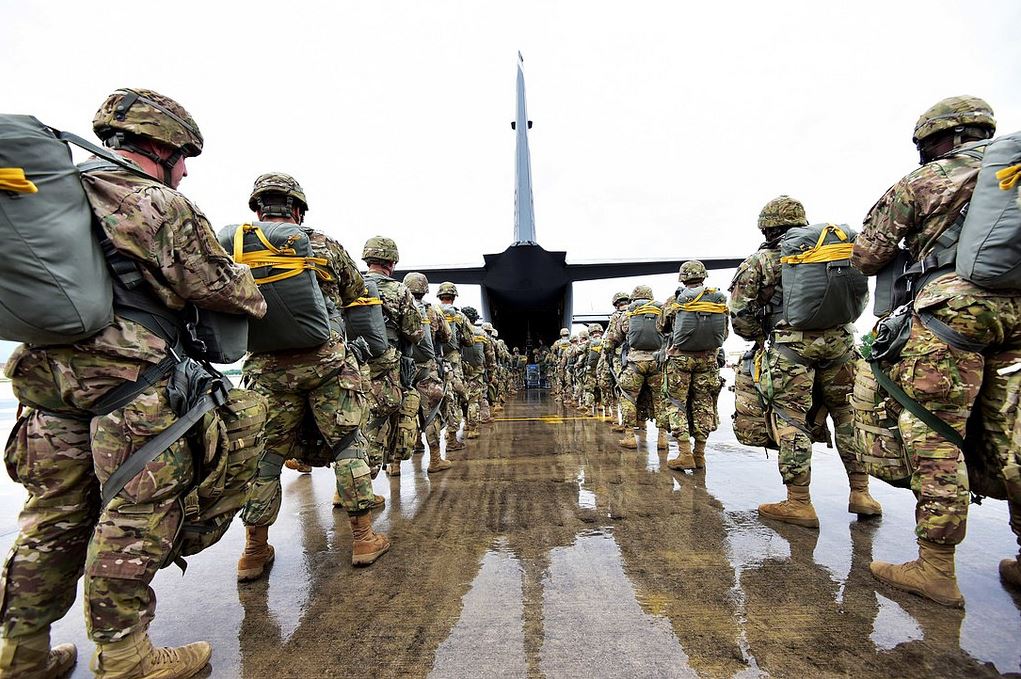 This week the House voted to fund our troops at $674.6 billion, a step towards restoring the readiness our troops have lost over the past several years. We were able to fund our troops at this level due to the two year budget agreement we voted for earlier this year (that I supported), temporarily ending the harmful spending caps on military funding.

In 2017, nearly four times as many military personnel died in training accidents as were killed in combat. This tragic loss of American life is unacceptable. We can’t recruit young people to our military ranks, then send them out unprepared. I’m pleased that Congress is moving toward giving our men and women in uniform the tools they need to win on the battlefield.

Specifically, the bill provides dollars for additional F-18 Super Hornets to address the Navy’s strike fighter shortfall and fully funds the B-21 program (which will eventually replace the B-2 at Whiteman Air Force Base). The measure also supports the modernization of the B-2, A-10, and C-130H fleets. 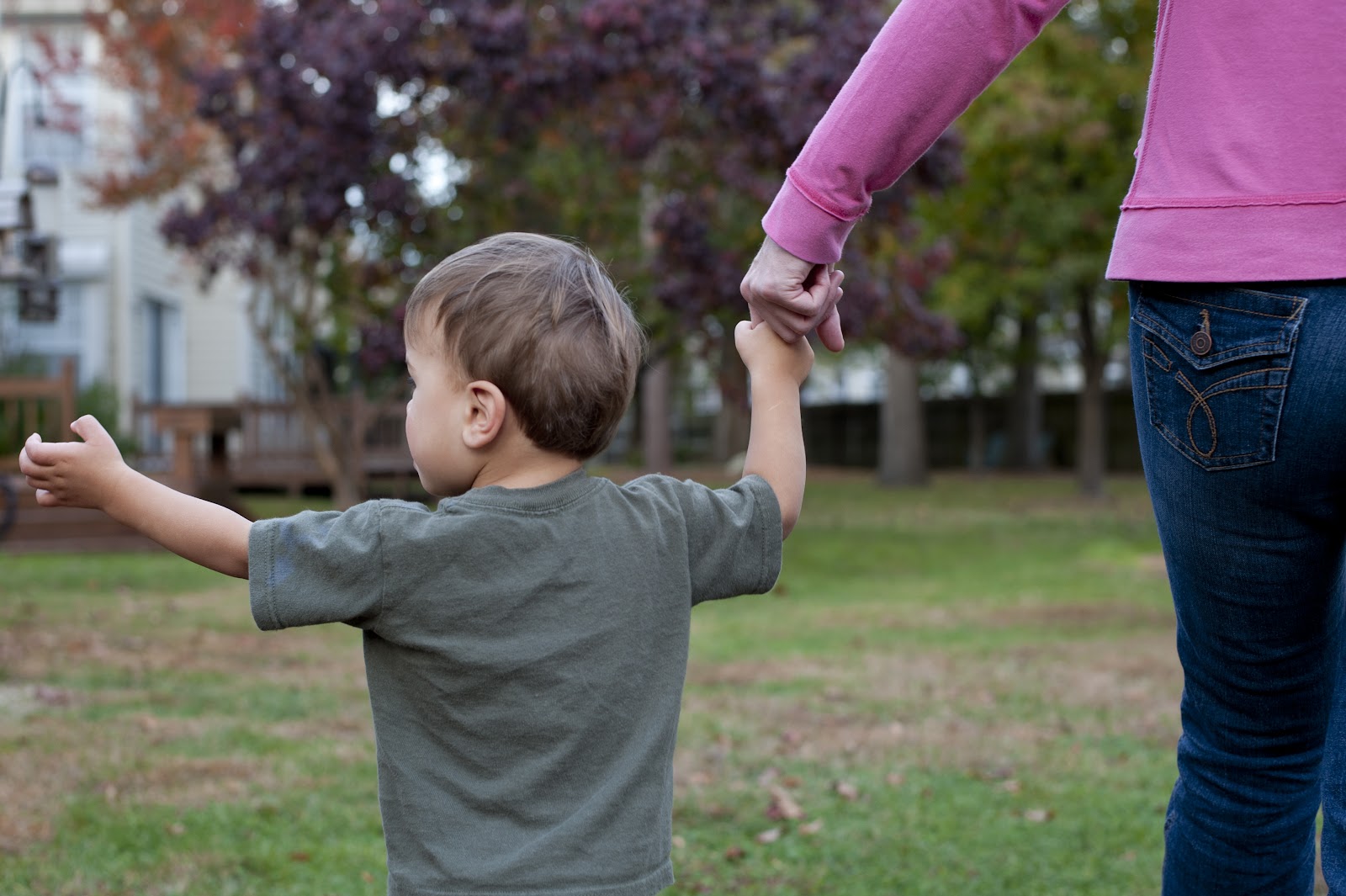 In March, the Department of Health & Human Services published a report showing the number of kids in foster care has risen by 10% in the last four years, a number that is sadly attributed to more parents dying of drug overdoses. In Missouri itself, nearly 50% of the children in foster care are there due to their parents abusing drugs.

The victims of the opioid epidemic are not only limited to the users. This epidemic is a grave threat to our families. I am pleased that the House came together in a bipartisan fashion to pass more than 45 pieces of legislation this month to combat the opioid crisis. We must work together — all of us — to stop this devastating epidemic in its tracks. If you or a loved one need help, please access my drug free toolkit here. 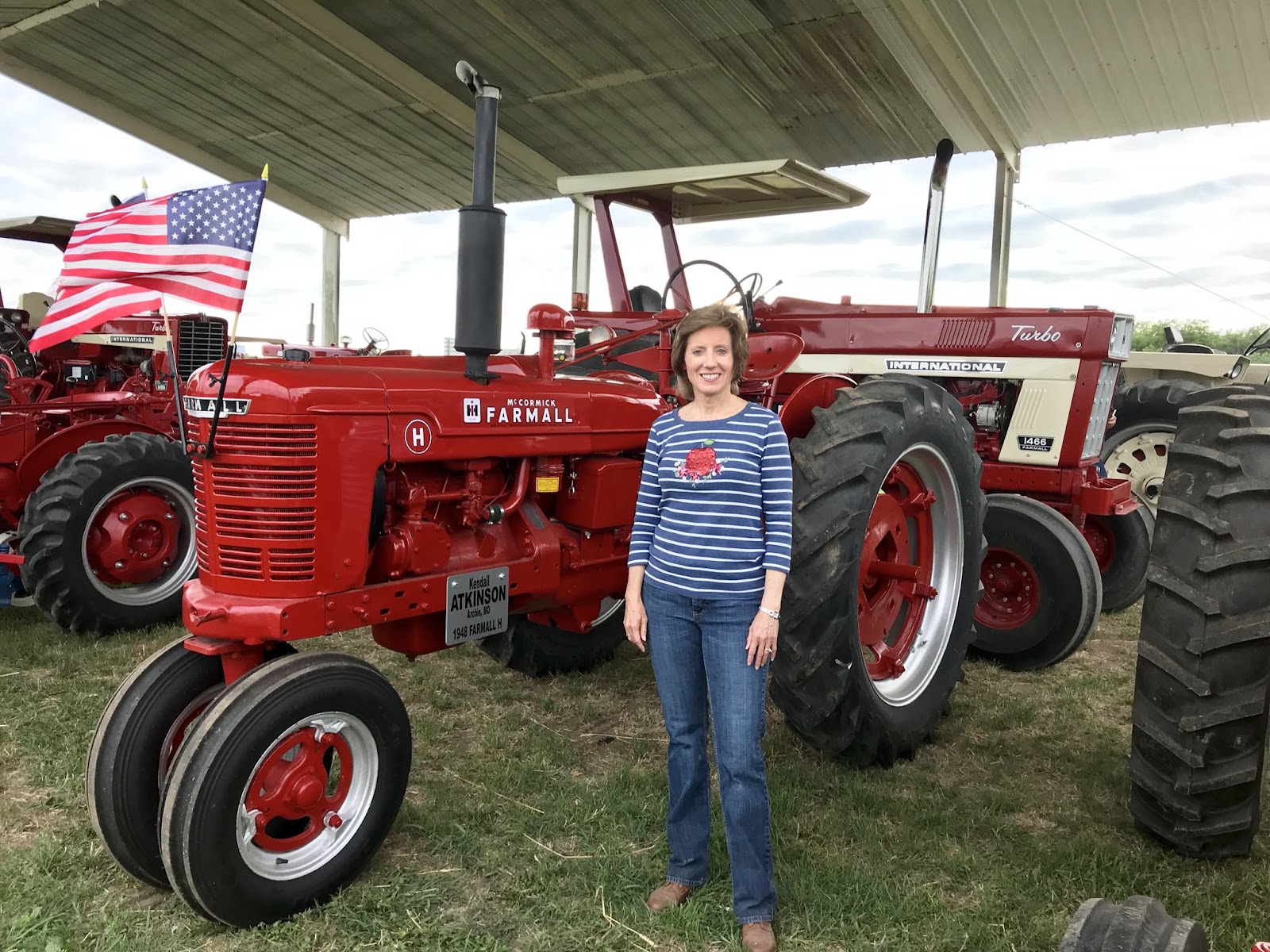 Last Friday, I enjoyed seeing a restored Farmall H Tractor like the first tractor I learned to drive on our farm as a kid. It was fun to spend time at the 40th Annual Gas & Steam Engine Show in Adrian, MO. 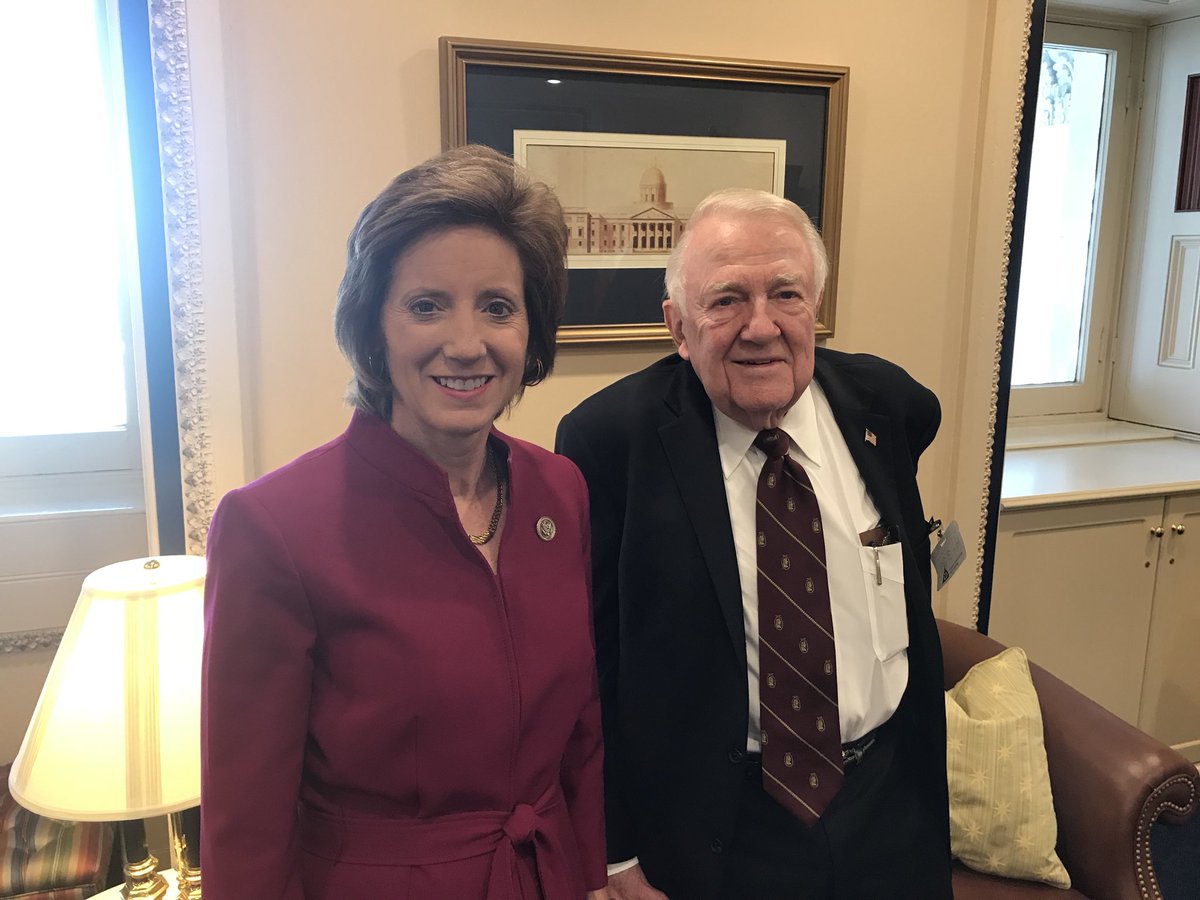 I was honored to meet former Attorney General Ed Meese on Tuesday.  He served in President Reagan’s Cabinet and serves as an example of conservatism, faithfulness to God, and public service. 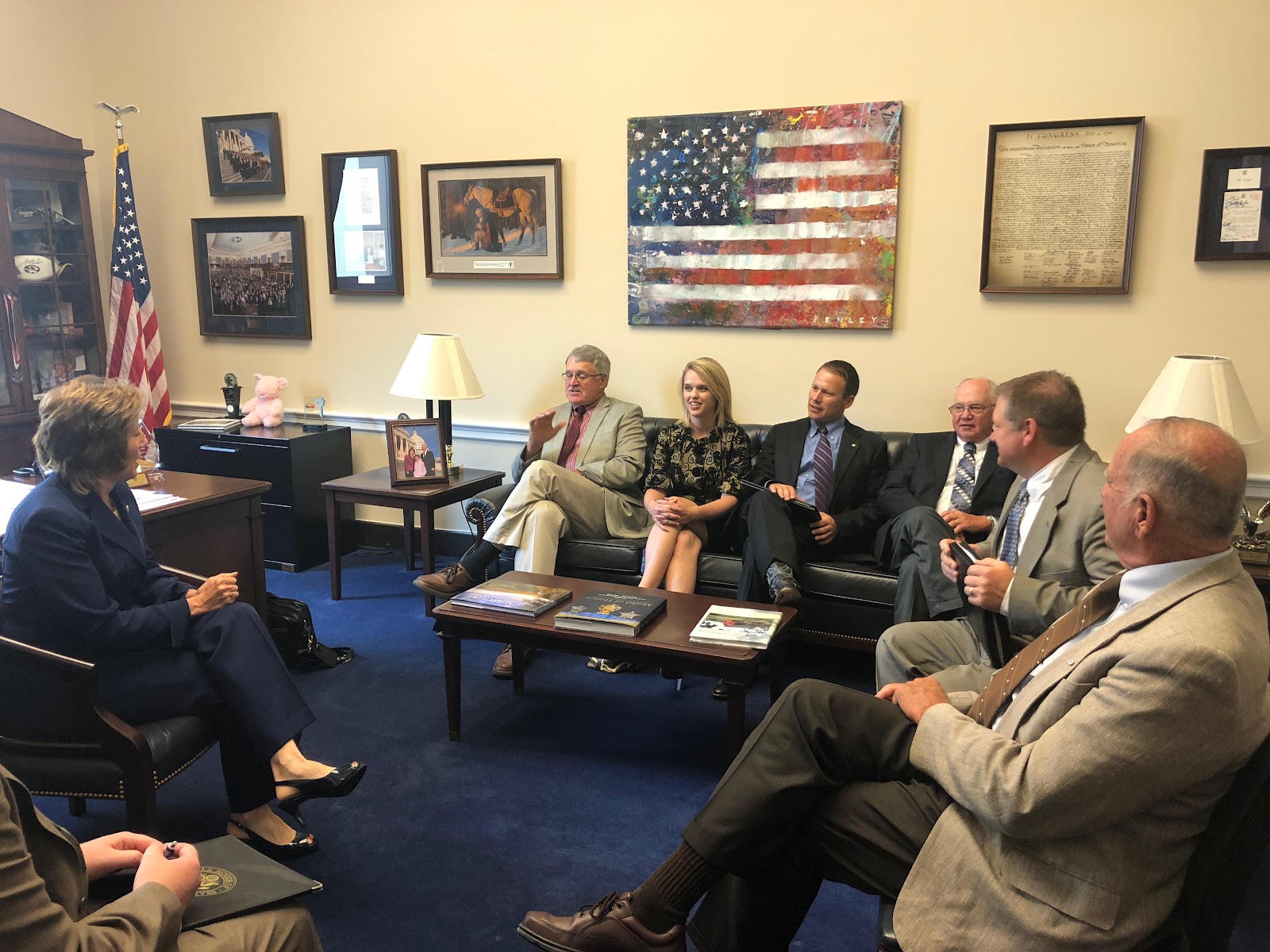 It was great to meet with MFA Inc. on Tuesday in my office to discuss the Farm Bill and trade. Thank you for stopping by! 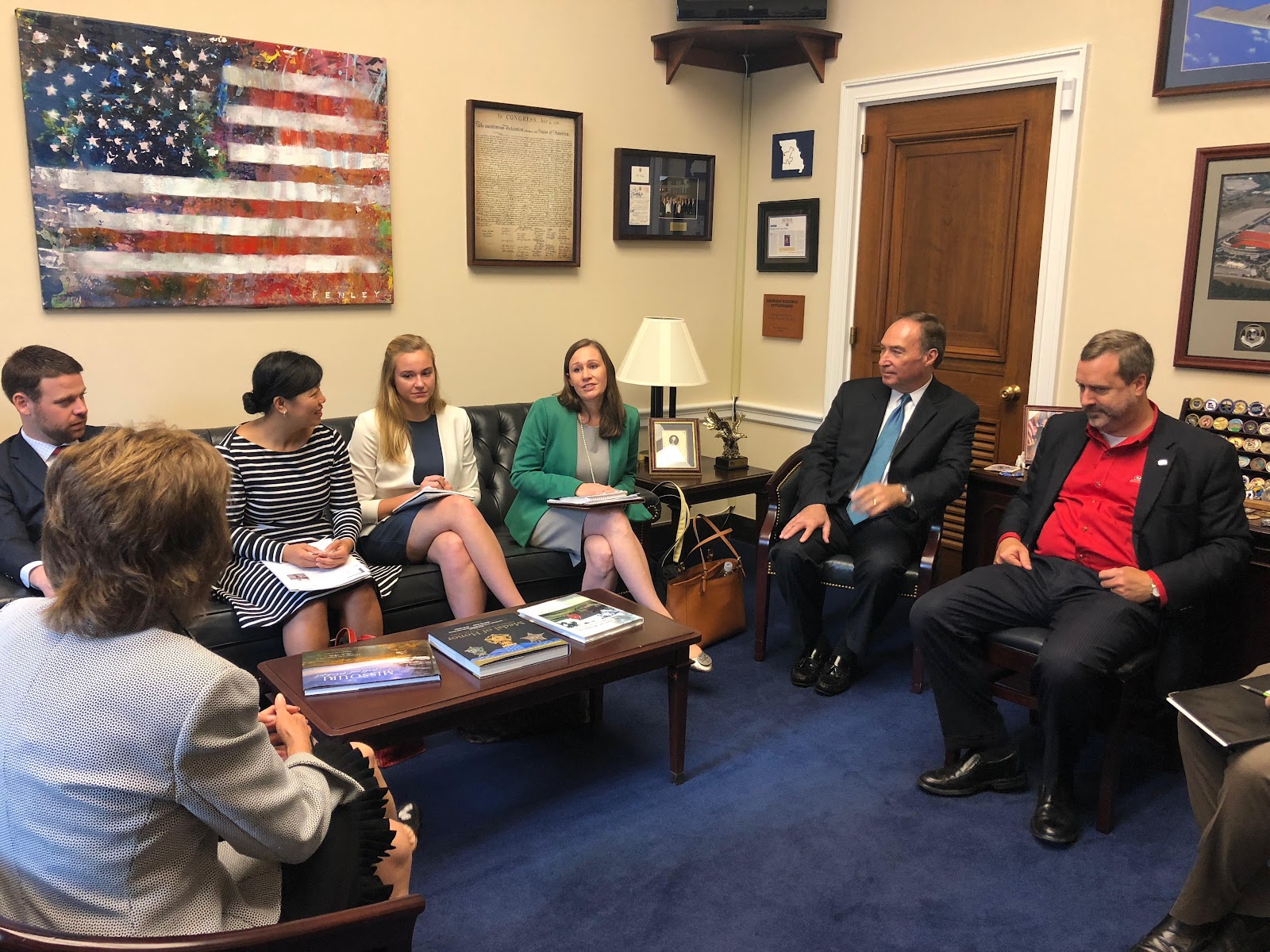 On Wednesday, it was great to meet with representatives from United States Chamber of Commerce to discuss trade issues facing America today. 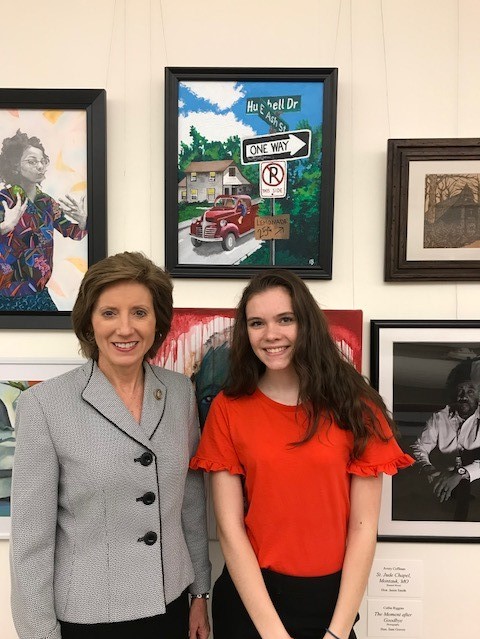 It was my honor to welcome Ella Bowles, the winner of the art competition I hosted in our district this year, to Washington on Wednesday. Her painting, “American Hometown” (directly above her head, with the red truck) is displayed in the underground corridor between the House office buildings and the Capitol for the rest of the year. Congratulations Ella! 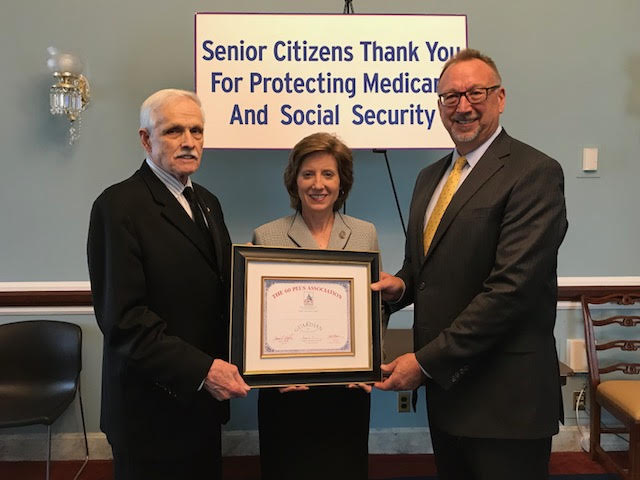 On Wednesday I was honored to receive the Guardian of Seniors' Rights award from 60 Plus Association! I am grateful to have the opportunity to advocate for the senior citizens of our district.

A Dose of Good News 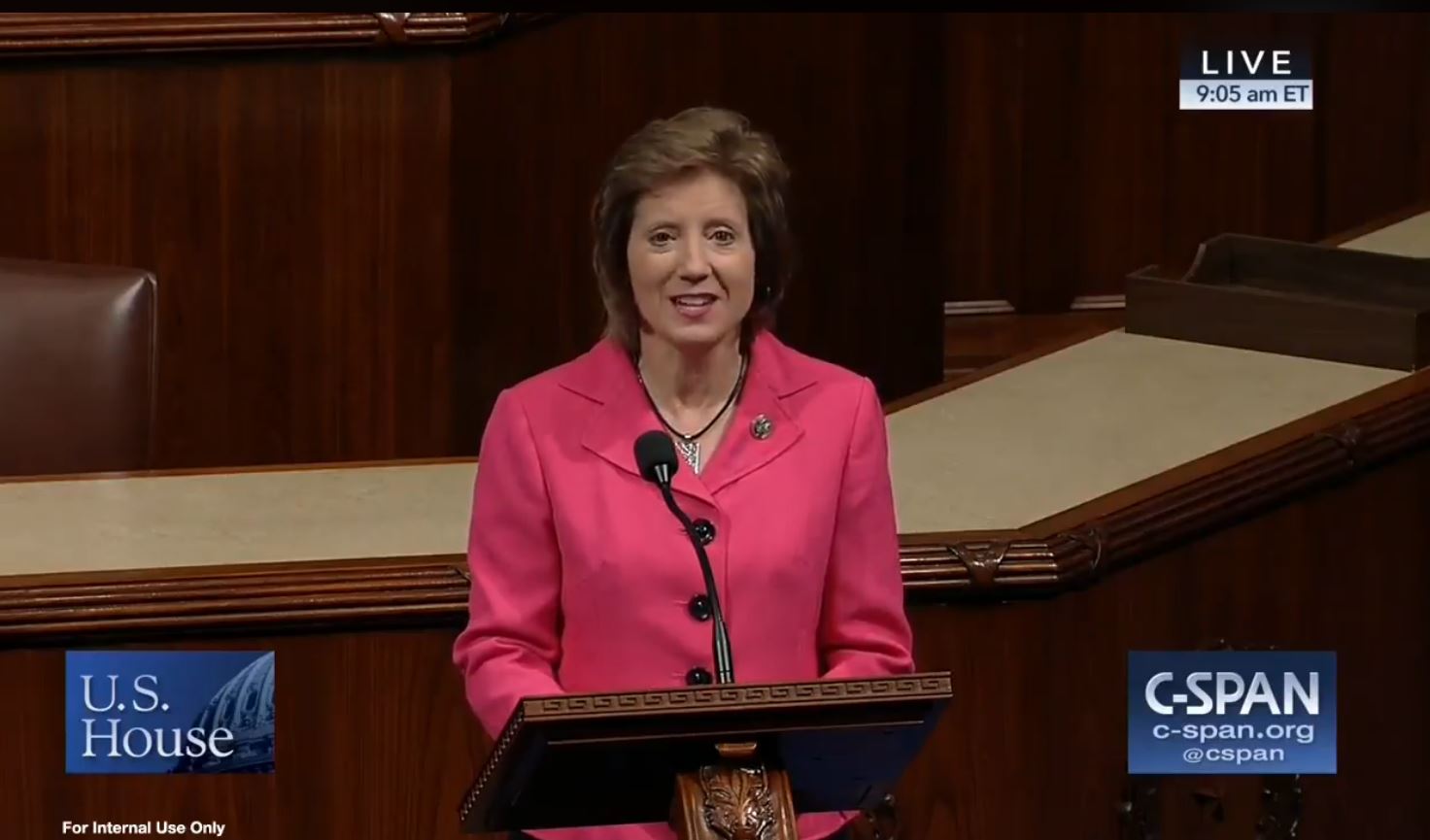 Click here or on the image above to see my speech on the House floor, congratulating the Knob Noster Lady Panthers.

Additionally, team member Jessica Sader broke a state record for her 143 foot javelin throw at the meet. This throw broke her previous state record of 134 feet 6 inches. The team’s outstanding accomplishments mark a great milestone for the girls’ track team and its coaches, and it will be doubtless be a legacy that is cherished and heralded for years to come. 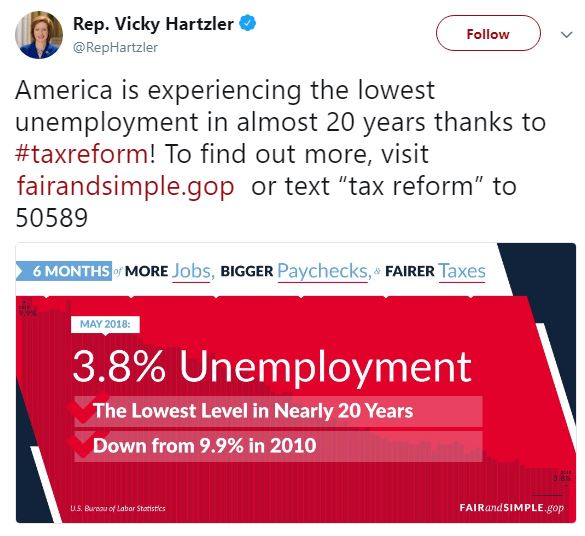 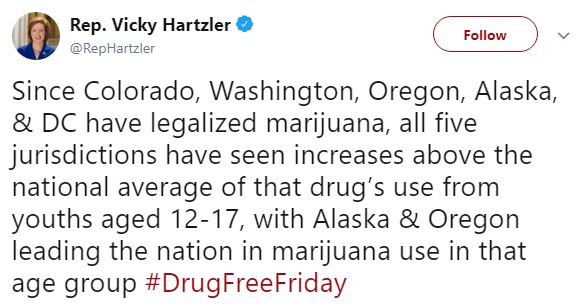