VICKY'S VIEW: Getting a Grip on the Opioid Crisis

Getting a Grip on the Opioid Crisis 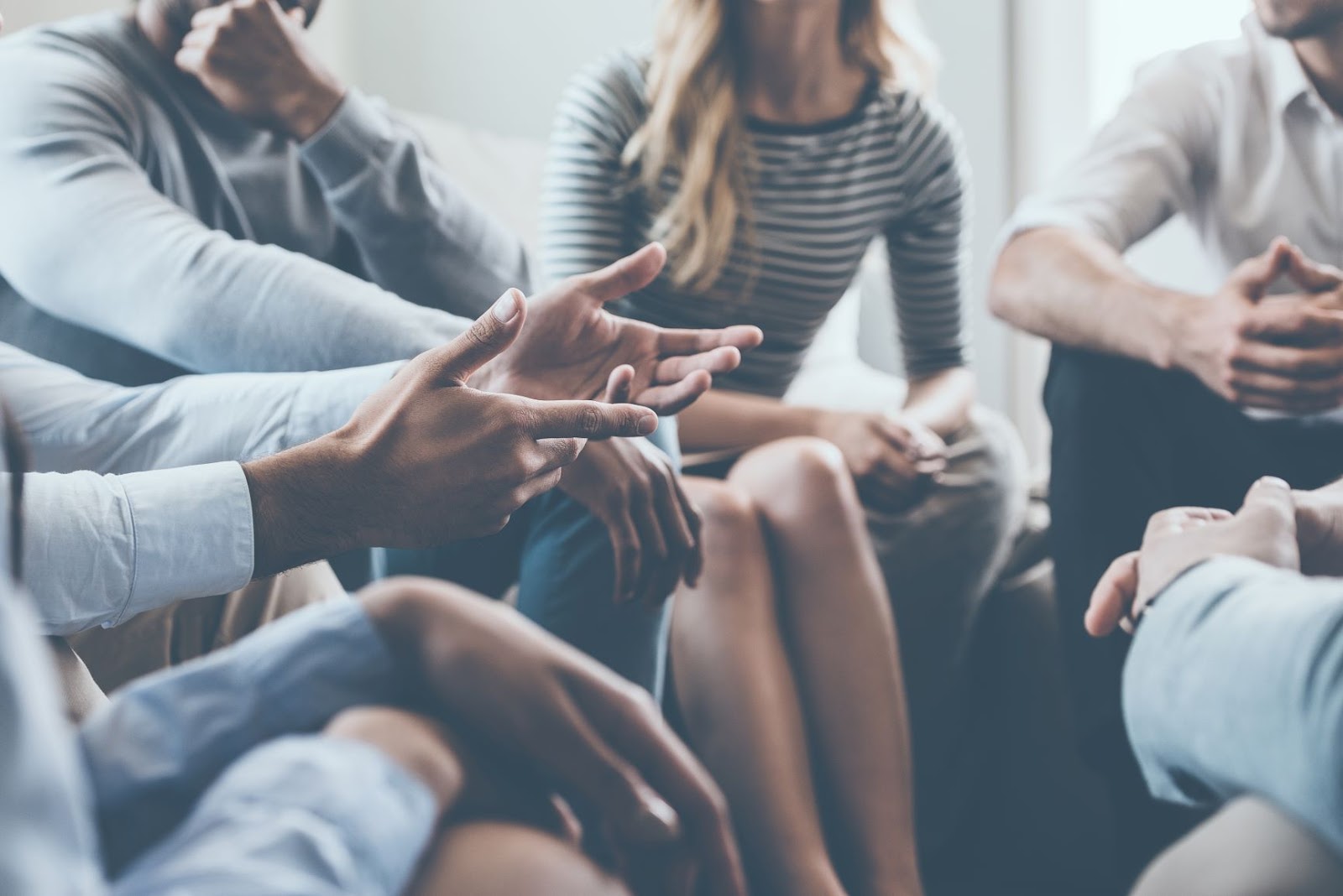 Bipartisan agreement has been difficult to come by in Congress, but all sides have come together to confront the opioid crisis. A House-Senate conference committee has combined the many opioid-fighting bills both chambers passed this summer and come up with a final package that addresses the opioid addiction crisis through expansion and creation of programs that address prevention, treatment, and recovery.

Additionally, this week we approved more dollars to address the opioid crisis, including over $6.7 billion to address substance use and mental health, opioid abuse, and heroin abuse. This amount includes $1.5 billion in state opioid response grants and $120,000,000 for the Rural Communities Opioids Response Program.

Opioids are killing tens of thousands of Americans each year. I am pleased to support these robust efforts to combat this tragic crisis. I look forward to working with our local communities to help access and utilize these funds for Missouri. 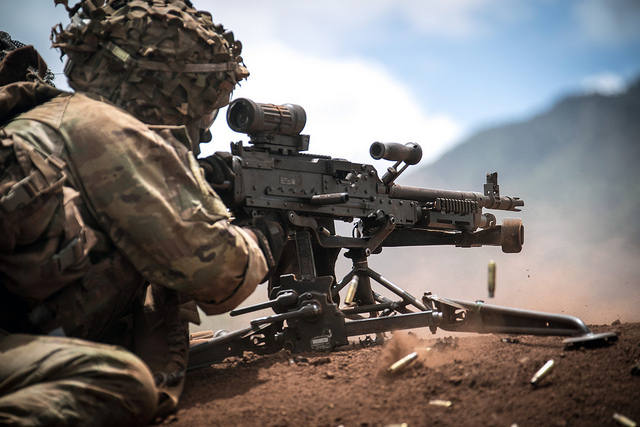 My work on the bill includes the following provisions:

I was so pleased to vote for this bill to rebuild our military, which has been at the mercy of overused machinery and last-second funding for too long. Our military strength affects not only our defense against the enemy, it affects our economic and diplomatic power as well. We have peacemaking influence and the ability to exert pressure on international human rights abusers in large part because of the size and strength of our military. As a Chairwoman of the Oversight & Investigation Subcommittee on the House Armed Services Committee, and as a representative for Missouri’s Fourth District which includes Whiteman Air Force Base and Fort Leonard Wood, I couldn’t be more proud that we’re taking steps to give our military the certainty and funding it needs. I’m also happy to see critical funding for the opioid crisis in this bill, as well as important funding for health, labor, and education. 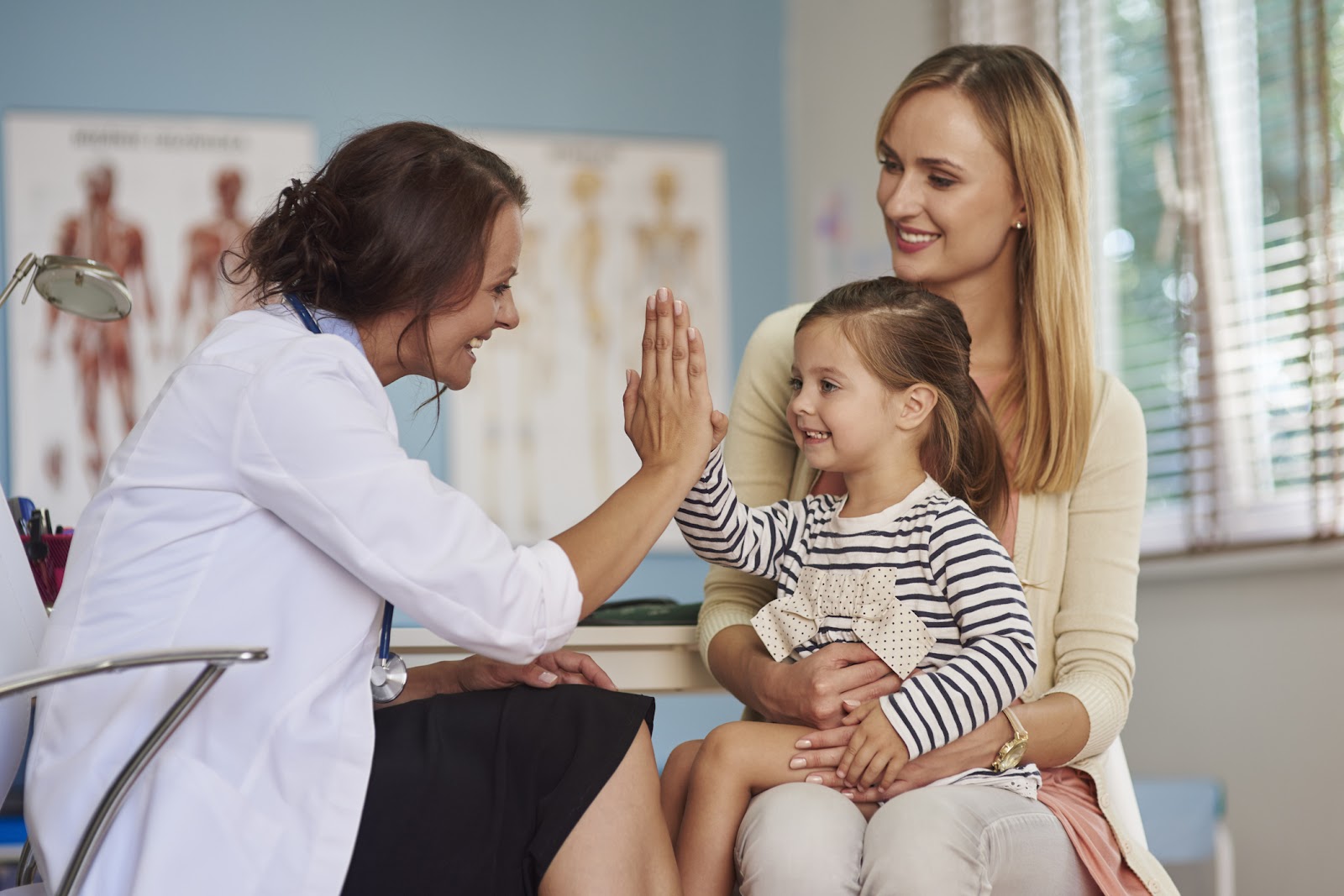 The House passed a number of bills this week that just make sense. 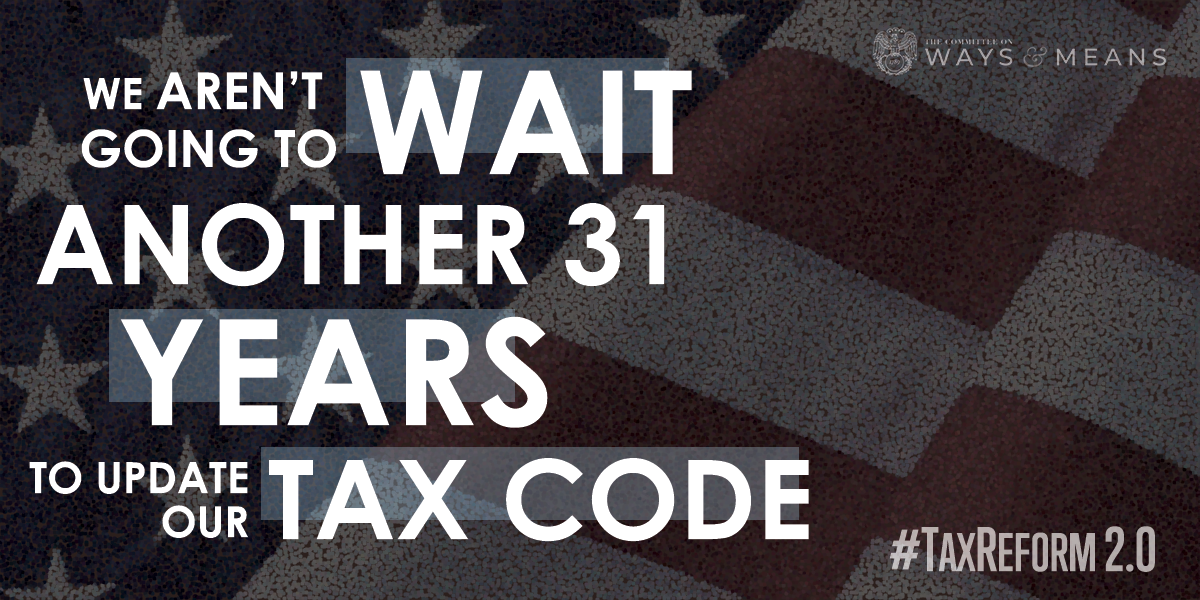 The House has taken an important step toward implementation of the second phase of the tax reform package that was passed by Congress last year and implemented earlier this year. My colleagues and I have approved what is known as Tax Reform 2.0 – legislation intended to build on the economic successes of the original Tax Cuts and Jobs Act.

This second wave of tax reform will make permanent the tax cuts for middle-class families, individuals, and small businesses from the Tax Cuts and Jobs Act. It also contains provisions to help local businesses provide retirement plans to their workers by allowing them to join together to create 401(k) plans more affordable and by making the rules for participation in employer plans easier to navigate. Additionally, this latest group of reforms will allow families to access their retirement savings as they see fit when they welcome a new child into the family, whether by birth or adoption.

According to an estimate from the nonpartisan Joint Committee on Taxation, this latest phase of tax reform will provide more than $140 billion in annual tax relief for middle-class families, boost American GDP and investment, and create at least 1.1 million new jobs. These new employment opportunities will add to the 1.7 million jobs that have been created under the current tax reform law.

Perhaps best of all, this legislation will make the tax cuts permanent for hard-working American families.

Our Goals in Syria 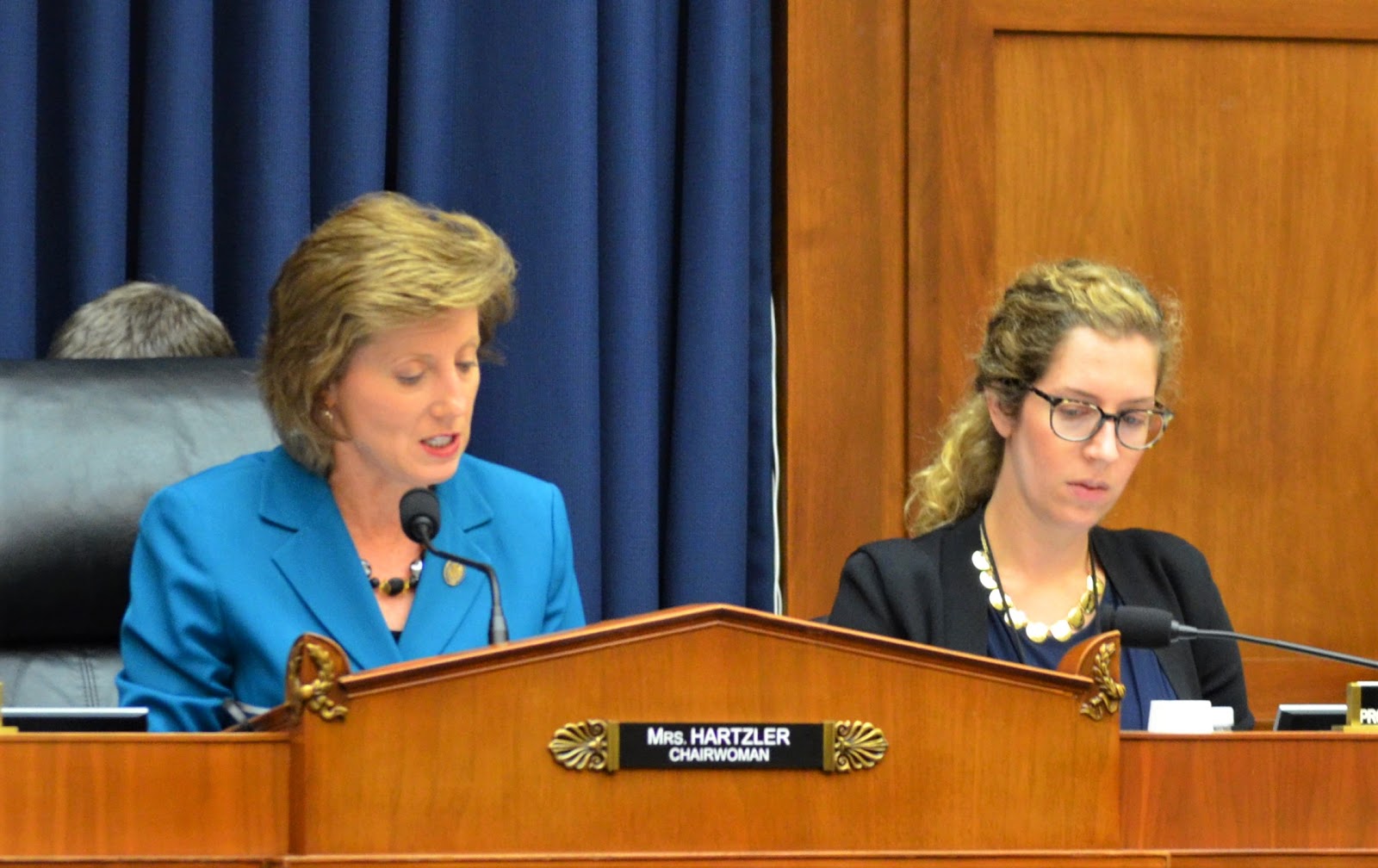 On Wednesday I chaired a hearing as Oversight & Investigations Subcommittee Chairwoman on U.S. strategy in Syria. The situation there is complex, and the hearing examined our goals in the country. For years, the regime governing Syria has been known for its support of terrorism and multiple human rights abuses, including the likely chemical gassing of its own citizens, systematic rape, sexual violence, and torture. Significant territory has been regained from ISIS in eastern Syria since March 2017, but the group continues to pose a threat and could recapture lost territory.

In the hearing, we reviewed and affirmed the United States’ objectives in Syria, which include defeating ISIS and al-Qa’ida, detering the use of chemical weapons, and countering Iran’s destabilizing influence in the region. We heard from witnesses that our defense role in Syria is limited, and that we are seeking to leave a relatively small military footprint by relying on local partners. Our witnesses also shared that they believe our objectives will be most effectively pursued through a resolution of the Syrian conflict and humanitarian crisis. 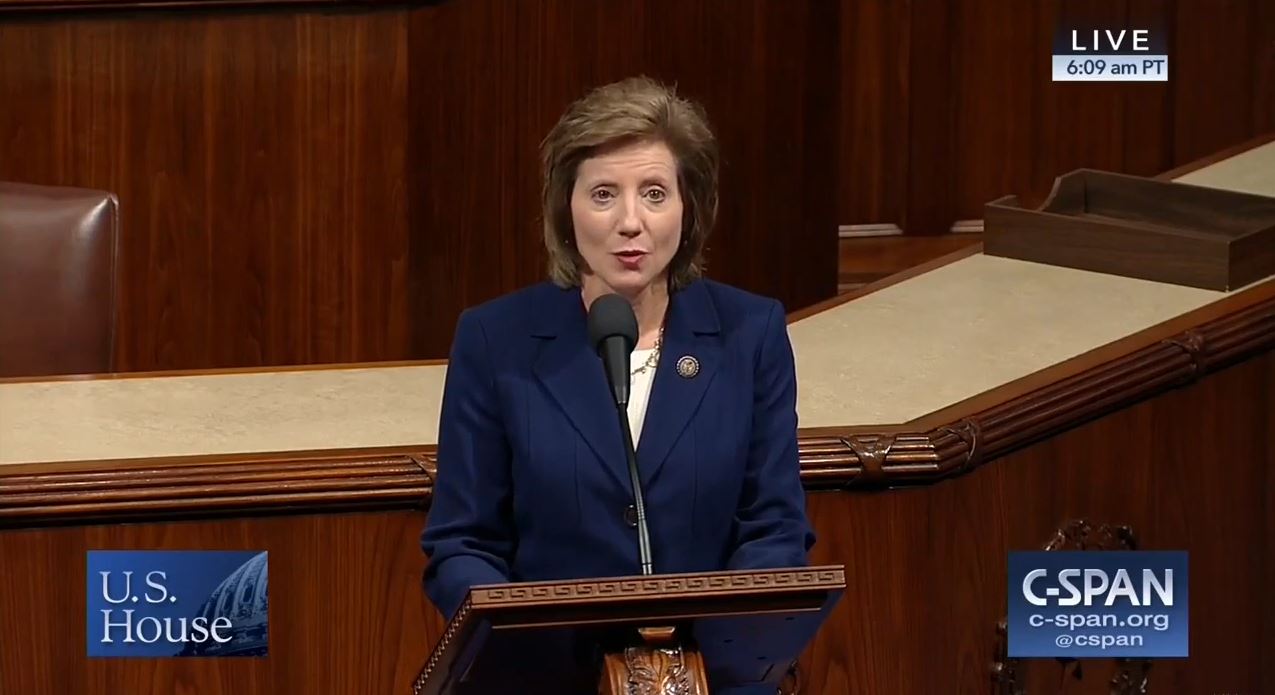 I spoke on the House floor about the recently passed FAA Reauthorization Bill, which includes provisions from my bill the Safeguarding American Skies Act. Click here or on the image above to see my speech.

The final version of the Federal Aviation Administration (FAA) bill passed the House this week, and I am pleased to share that it included provisions from my Safeguarding America’s Skies Act to allow federal agencies to intercept drones that pose a national threat. Currently most federal agencies are prohibited from even engaging with drones, even though they often are used to transport drugs across the border, smuggle contraband into prisons, and across the globe serve as weaponized vehicles to target U.S. and coalition partners. It is long past time that we update our laws to reflect this new threat so we can successfully combat it. To learn more about my original bill authorizing federal agencies to track, detect and destroy threatening drones, you can read about it on my website here. 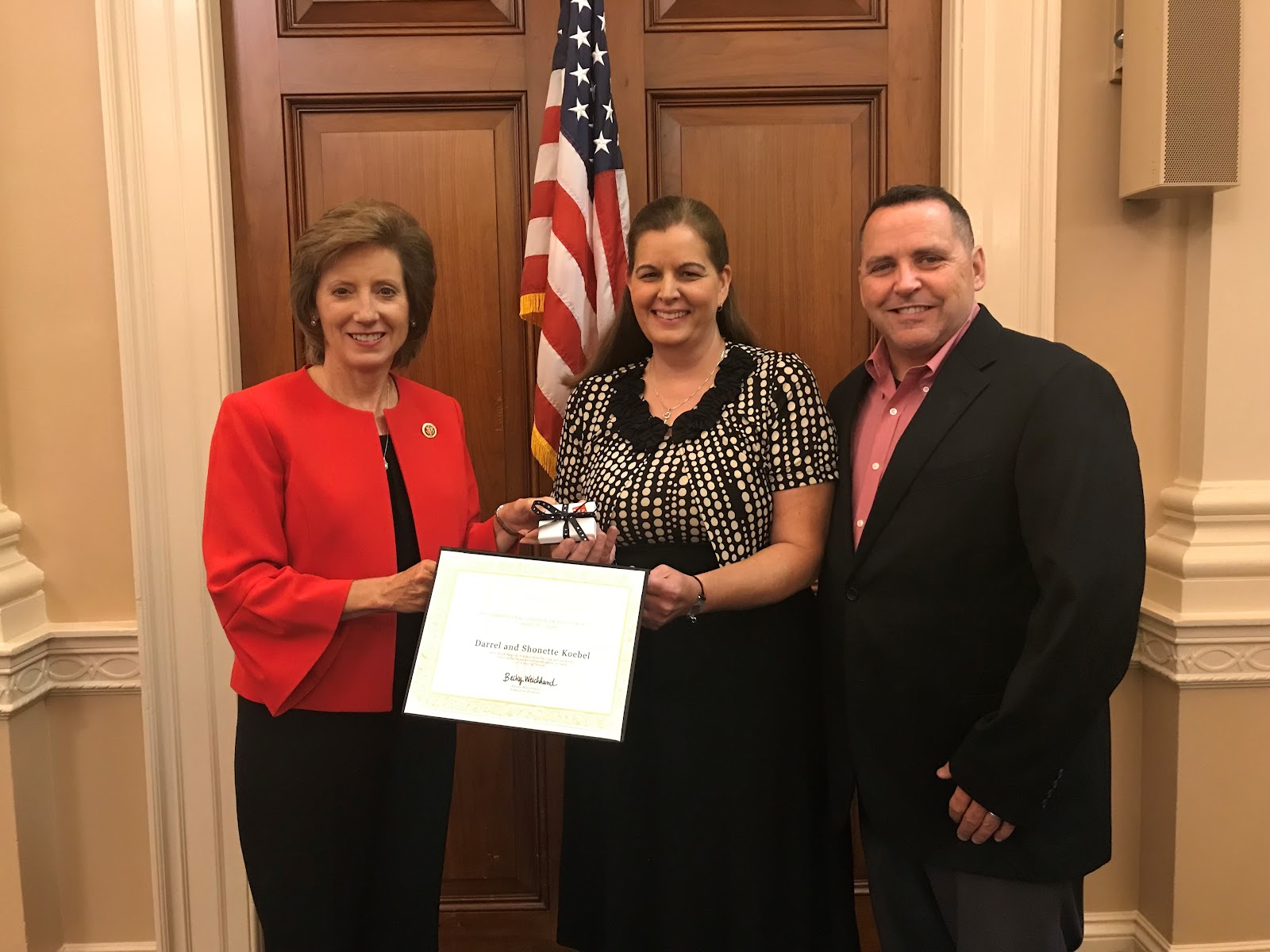 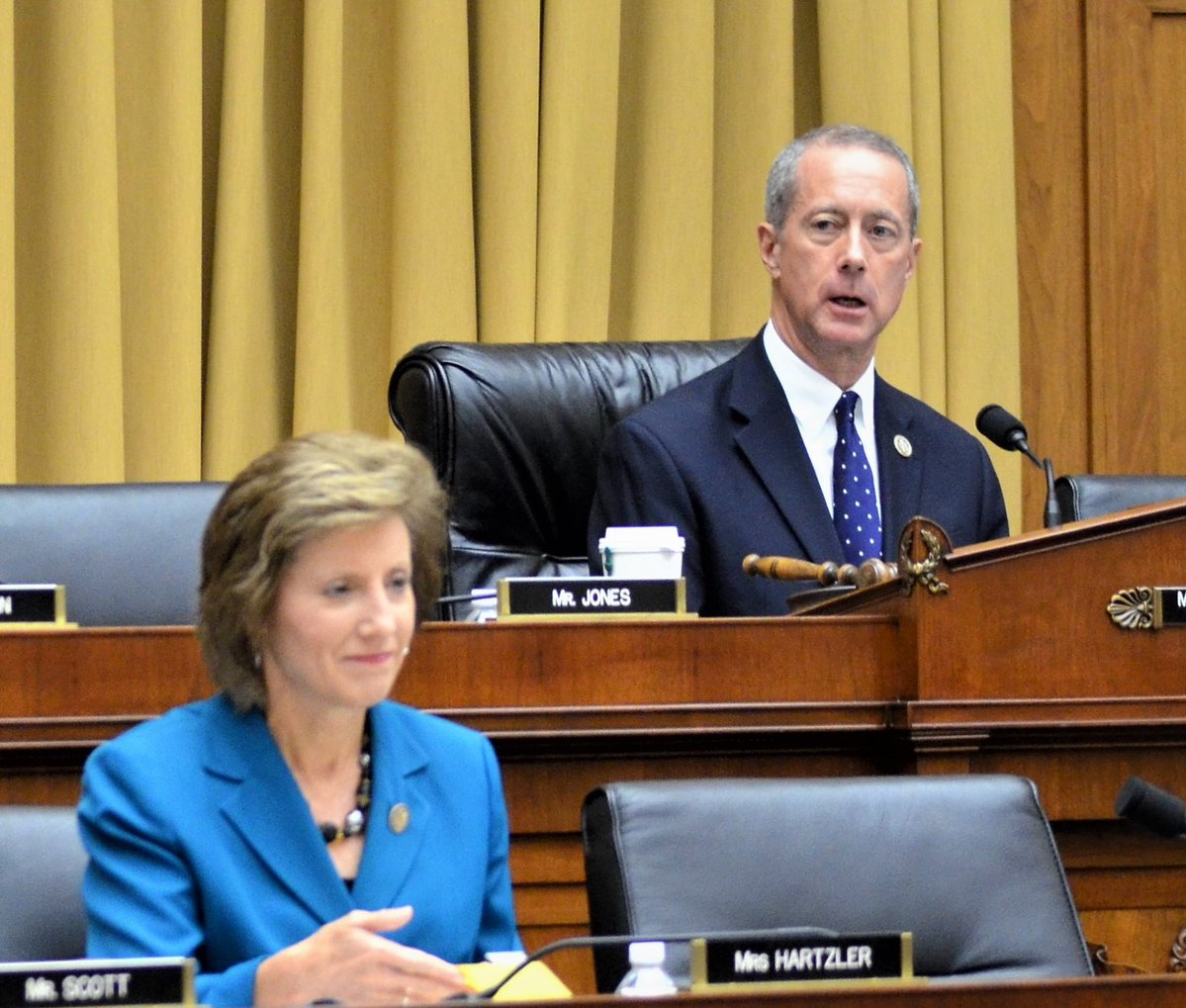 At a Wednesday House Armed Service Committee Republicans hearing, we talked about the connection between having a strong military and a strong economy and diplomacy. We need to be reminded of what is at stake when it comes to funding our military on time. 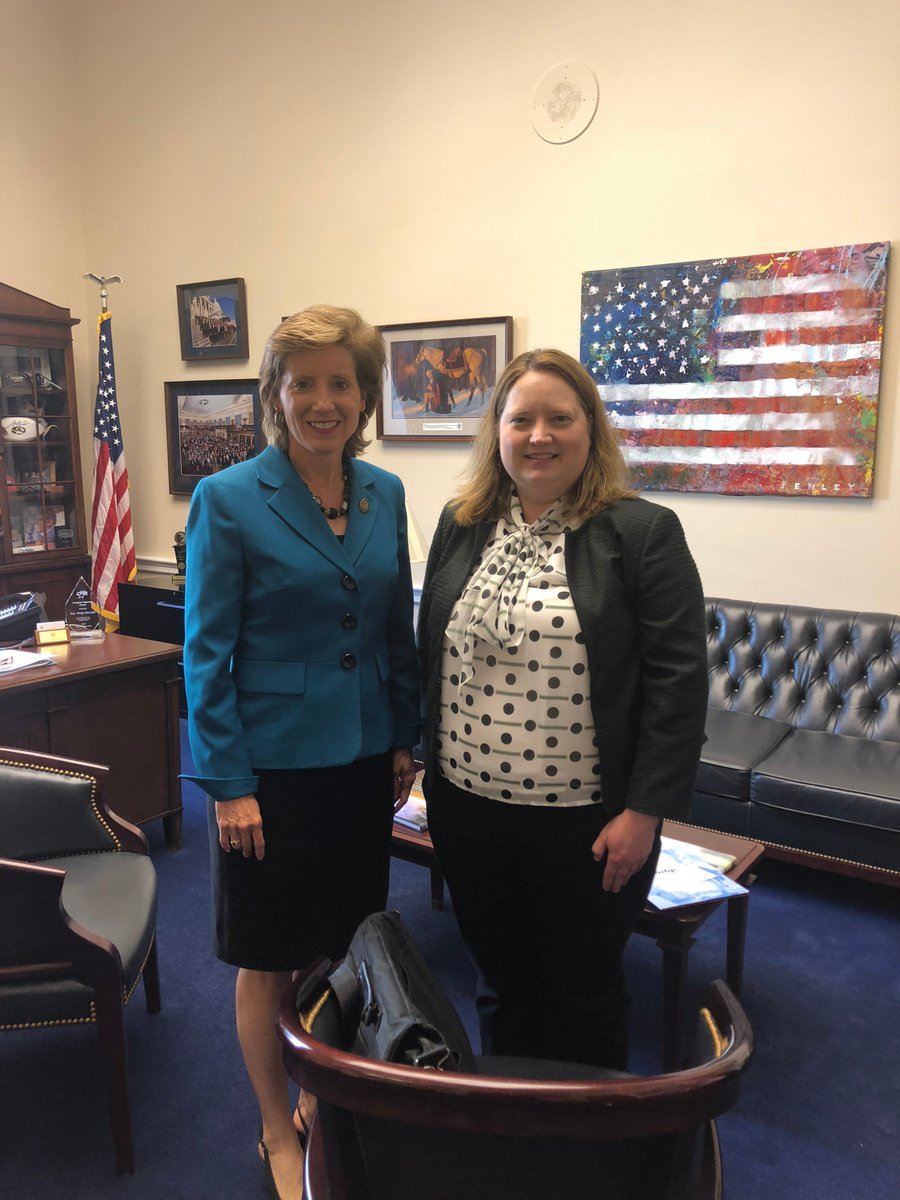 Later that afternoon I sat down with American Society of Health-System Pharmacists (ASHP) representative Laura Butkievich to discuss ways pharmacists can help reduce the cost of health care and improve patient outcomes. 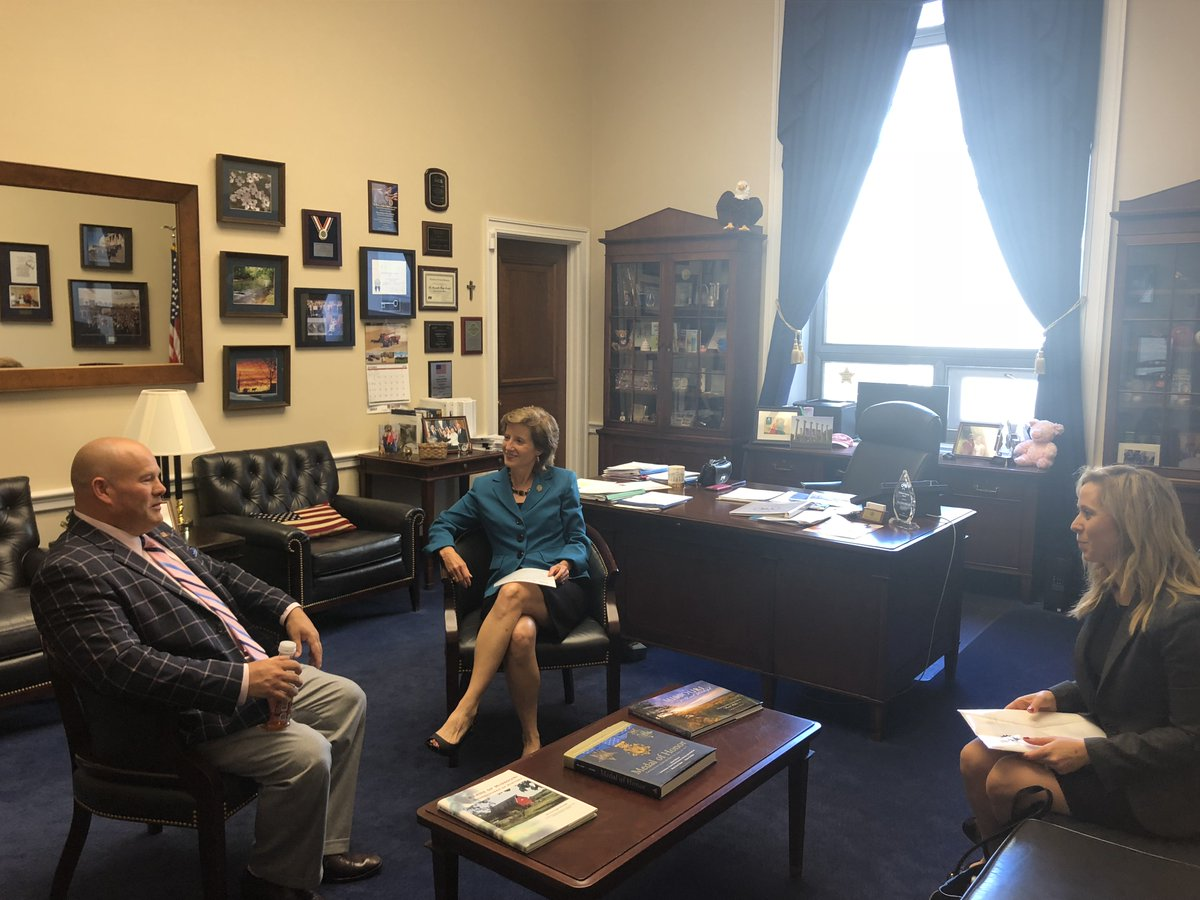 I chaired an Oversight & Investigations Subcommittee hearing (as part of the House Armed Services Committee Republicans) on U.S. strategy in Syria. We discussed our objectives in Syria, which include defeating ISIS and al-Qa’ida and deterring the use of chemical weapons. 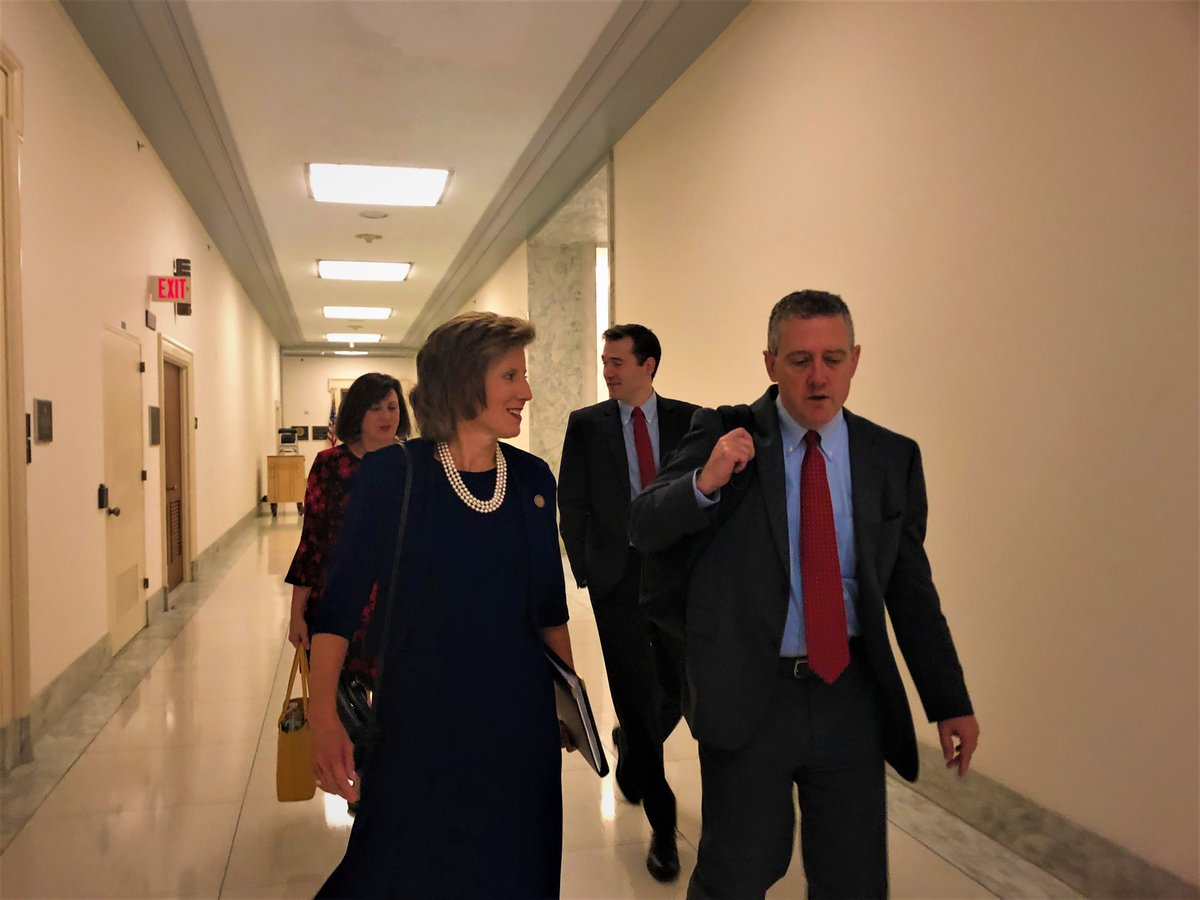 I enjoyed meeting with the President and Vice President of Federal Reserve Bank of St. Louis  to discuss its mission, monetary policy, and our current economic conditions.

I am happy to share with you news of one more Missouri business that is benefiting from tax reform: Sun Solar. This company, which installs solar panels to help homeowners cut utility bills, is adding about 30 jobs because of tax reform. Sun Solar was one of the first Show Me State businesses to announce it would invest in business growth and expand because of the tax cuts, and it plans to invest about $300,000 of growth in the Kansas City area. Yet more proof that tax cuts are good for America!

A new Gallup survey published in the Washington Examiner indicates Americans are pleased with the booming U.S. economy and job market, so there’s a good chance you are too.

The same survey shows 55 percent of Americans say the economy is getting better, with a near-record high 64 percent saying now is a good time to find a quality job. The poll shows workers also remain upbeat about their job security.

According to the survey, just 12 percent of respondents named “economic issues” as a top problem, which is even lower than in 2000, when the dot-com rage was boosting stocks to record highs.

The message is clear: Americans are satisfied with the U.S. economy! 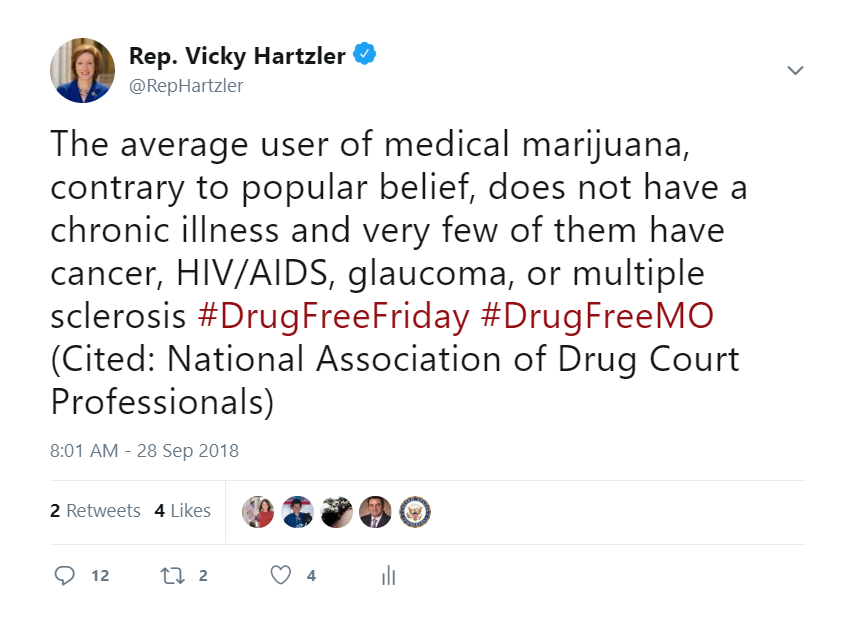