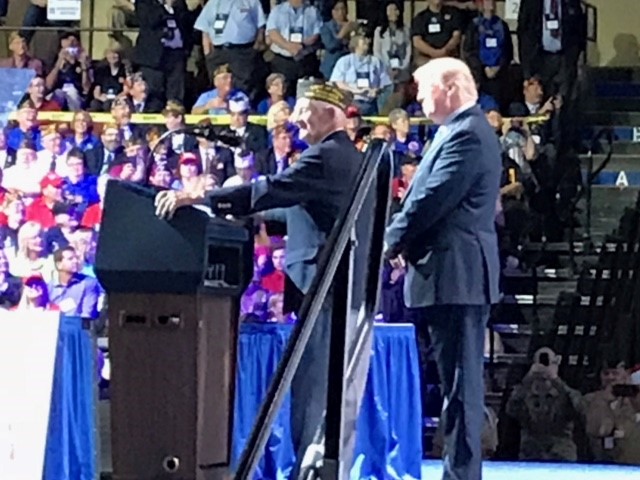 While working on the final touches to the NDAA, I received an invitation from the White House asking if I would join President Trump, our newly confirmed VA Secretary Robert Wilkie, and a few of my Congressional colleagues in Kansas City to take part in the 119th VFW National Convention. It was an honor to share a hall with so many veterans who have put their lives on the line in defense of our nation. I was truly humbled to have been in the company of so many heroes!

One of my favorite parts of the convention was when the President invited 94-year-old WWII Veteran Allen Jones on stage with him and invited him to say a few words. Allen shared how he and four of his brothers served their country in World War II and one didn’t come back. It was touching. He then asked the president if he could bring his family to the Oval Office for his 95th birthday. (The answer was “yes!”) Then Allen had one more request - for the President to sign a photo he had taken with Allen while running for office. The President gladly signed it while everyone cheered for Allen. This moment was truly heartwarming and one I’m glad I got to witness. 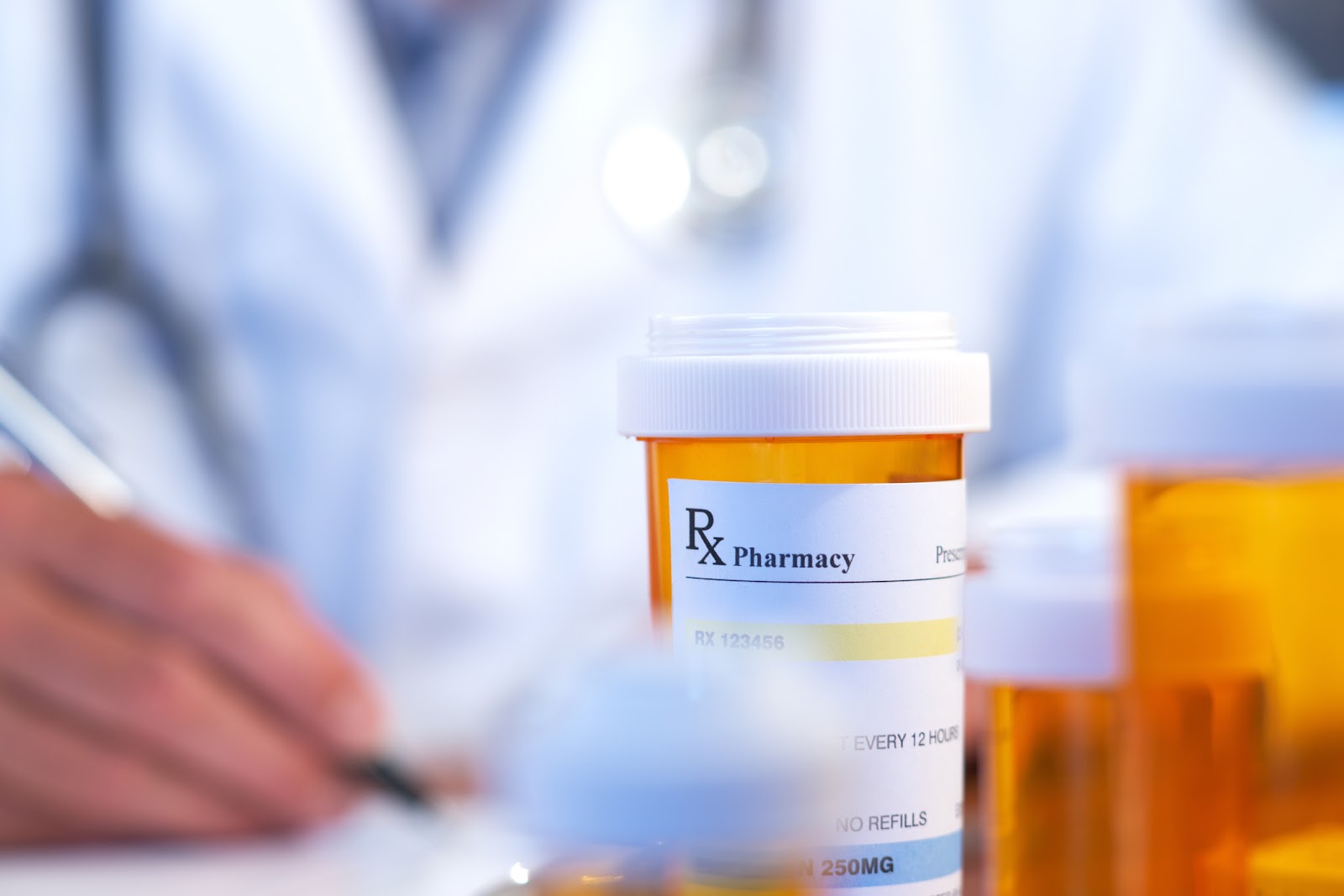 This week I was very happy to support legislation to increase access to and the affordability of health care. The House passed H.R. 6199, the Restoring Access to Medication and Modernizing Health Savings Accounts Act of 2018, which will modernize Health Savings Accounts (HSAs) and provide relief from ObamaCare on over-the-counter medications that previously did not qualify for reimbursement by a flexible HSA. H.R. 6311, the Increasing Access to Lower Premium Plans and Expanding Health Savings Accounts Act of 2018, will almost double the contribution limit for an HSA from $3,450 to $6,650 for an individual, and from $6,900 to $13,300 for families. It will also allow employed seniors in the Medicare Part A program to contribute to HSAs and allows individuals with a bronze Obamacare plan or a private catastrophic health care plan to also be eligible for an HSA. Both of these bills will give Americans more flexibility and more control over their health care. Tax favored health savings accounts will help citizens save and plan for their health care needs and ultimately help them get the plans they like at a price they can afford.

The House also voted earlier this week to pass H.R. 184, the Protect Medical Innovation Act of 2018, which would permanently repeal the job-crushing medical device tax.

Leveling the Playing Field with Broadband 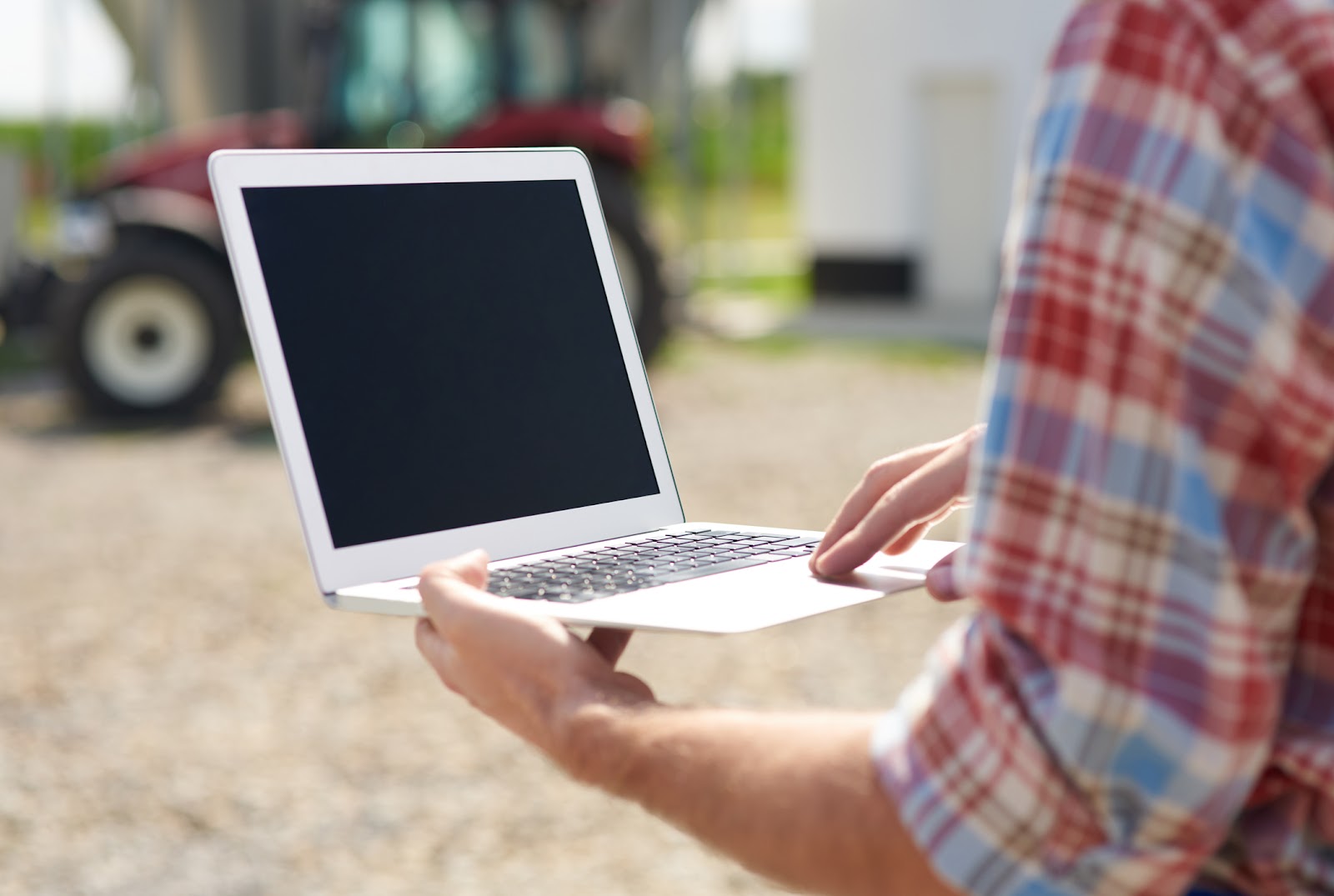 As a parent and former school teacher, I am no stranger to the importance of expanding access to broadband internet throughout rural Missouri. That’s why this week I was pleased to vote for H.R. 4881, the Precision Agriculture Connectivity Act of 2018. This bill requires the Federal Communications Commission, in cooperation with the U.S. Department of Agriculture, to form a task force to evaluate the best ways to meet the broadband needs of precision agriculture in the United States. Quality broadband internet access is not a luxury - rural America needs it.

The House passed this bill on Monday. I’m looking forward to the Senate taking up the measure soon. 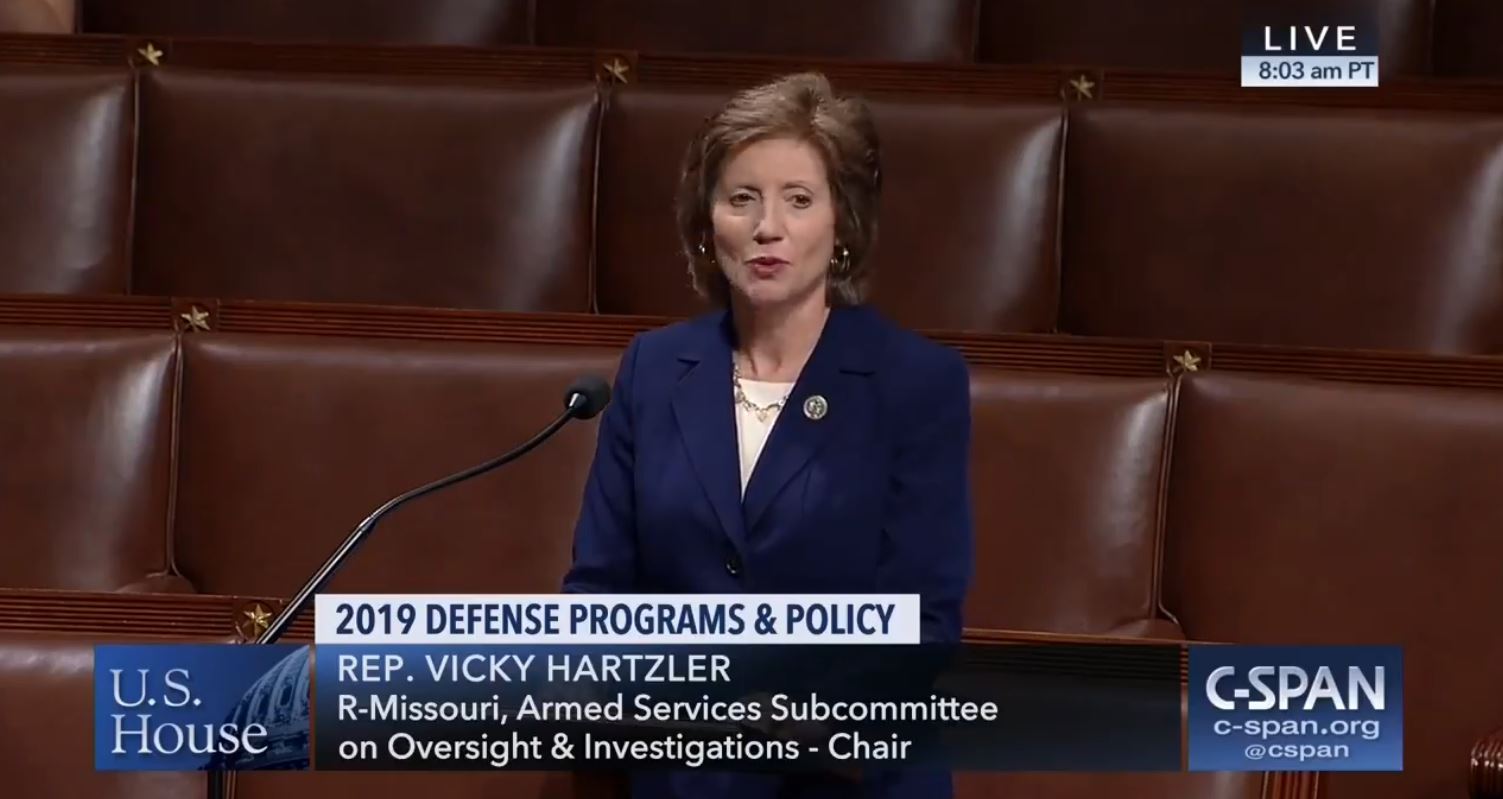 Click here or on the image above to see me speak on the House floor about this year’s NDAA Conference Report.

This week, I worked with the my colleagues on the Conference Committee for the FY19 National Defense Authorization Act (NDAA) to iron out the differences in the House and Senate versions. This legislation authorizes funding for America’s national defense and provides our servicemen and women the resources they need to confront threats around the world and protect our homeland. If the President signs this NDAA into law by August, it will be the earliest an NDAA has been enacted since 1977. I was honored to be among the House members taking part in the negotiations that produced the final NDAA.

The final bill provides our men and women in uniform with 2.6 percent pay increases – their largest raise in nine years. It also provides them with the training and equipment necessary to respond to threats posed by terrorists or rogue nations. I am committed to securing those needs and was pleased to see them in the final version of the NDAA.

This bill also helps America protect itself against China’s covert influence by making long overdue modernizations to the Committee on Foreign Investment in the United States (CFIUS). These reforms will strengthen CFIUS, which reviews proposed foreign investments to weigh whether they present national security concerns. Also, it prohibits federal agencies from purchasing certain Chinese-made telecommunications and video surveillance equipment. This prohibition guards U.S. surveillance equipment from potential “back doors” that China could be building into the equipment. This NDAA also makes critical investments in our missile defense and nuclear deterrence, both of which are two primary cornerstones of our national security.

There were also key provisions within this year’s NDAA that affect Missouri. Those provisions include:

- Full funding of the B-21 program, which will eventually replace the B-2 at Whiteman Air Force Base;

- Funding for critical B-2 modernization programs to ensure the bomber fleet maintains its long range strike capability until the B-21 is operational;

- Funding for A-10 modifications to guarantee that the A-10 fleet, including those at Whiteman AFB, will continue to be operational;

- Increase in the Army’s active duty end strength by 4,000 for a total of 487,000 soldiers. More soldiers will be trained at Fort Leonard Wood;

- Funding authorization for the continued development of the new National Geospatial-Intelligence Agency complex in St. Louis;

- Funding for engine upgrades for the C-130H fleet, including the 139th Airlift Wing at Rosecrans Air National Guard Base; and

- Support for the Army’s Ammunition Production Plants like the one at Lake City.

The Tax Foundation has released an updated state-by-state analysis of the Tax Cuts and Jobs Act. The organization’s Taxes and Growth model estimates that 215,000 full-time equivalent jobs will be created in 2018 as a result of tax reform. Using this model, Missouri can expect to gain more than 4,000 jobs this year. And this is only the beginning! 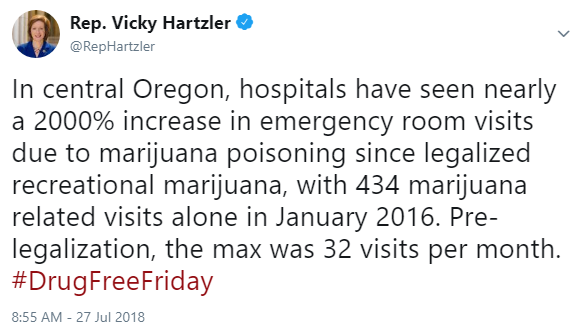