This week saw work in both the House and our Fourth Congressional District, as I had the opportunity to visit eight local farms and facilities to learn about their operations and how I can best serve their needs in Washington. As a farmer myself, I am always heartened to see the great work these agriculture leaders are championing to feed the world.

Please see below for all of this week’s activities. 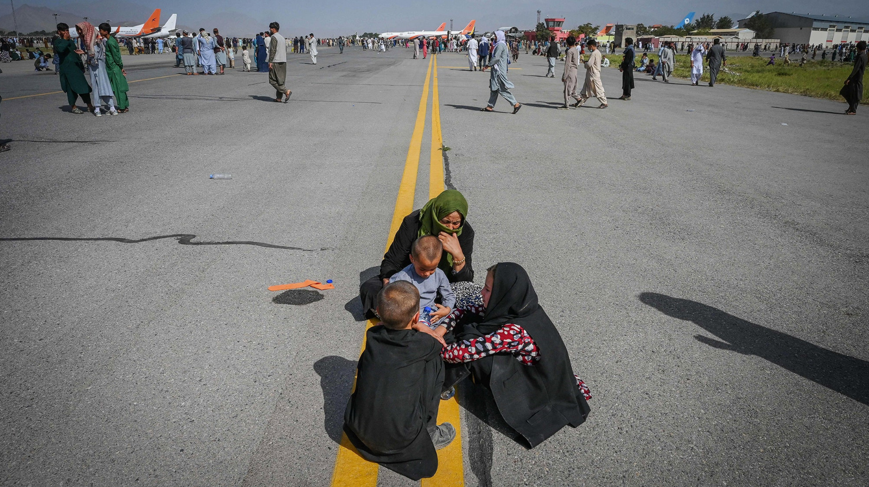 The catastrophic and botched withdrawal from Afghanistan by the Biden administration has only grown more upsetting and dire with each passing day.

This week, we learned that the Taliban’s order of an August 31st withdrawal of American troops would be obeyed by Biden -- even if Americans remained stranded behind enemy lines. This is unconscionable! The United States should never leave our citizens behind. That is not who we are, and I will do everything in my power to prevent this potential outcome from becoming a reality.

It’s been made clear: Joe Biden has become the portrait of incompetence, and his standing in America -- and in the world -- is forever diminished. He must realize this and acknowledge that America’s recovery both domestically and across the globe begins with his resignation as President. It is the right thing to do. 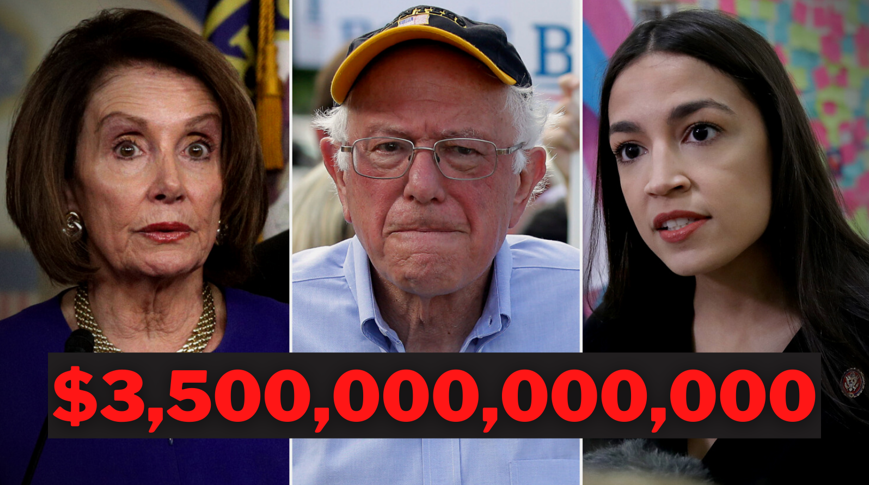 While the rest of America grapples with the crisis unfolding in Afghanistan, Speaker Pelosi was instead busy pushing through a disastrous $3,500,000,000,000 budget proposal in the House.

This unnecessary and astronomical boondoggle, if it becomes law, will fuel more inflation by raising prices on everyday goods for American families, create more dependency on big government, and plunge the United States further into a never-ending black hole of debt at the expense of future generations. Is that really what our nation needs as our communities lift themselves out of a horrific pandemic? Of course not.

While this proposal passed the House despite my opposition, I am hopeful it will fail in the Senate. Rest assured, I will continue fighting to keep our nation as the home of the American Dream. Read more about my thoughts on this proposal here. 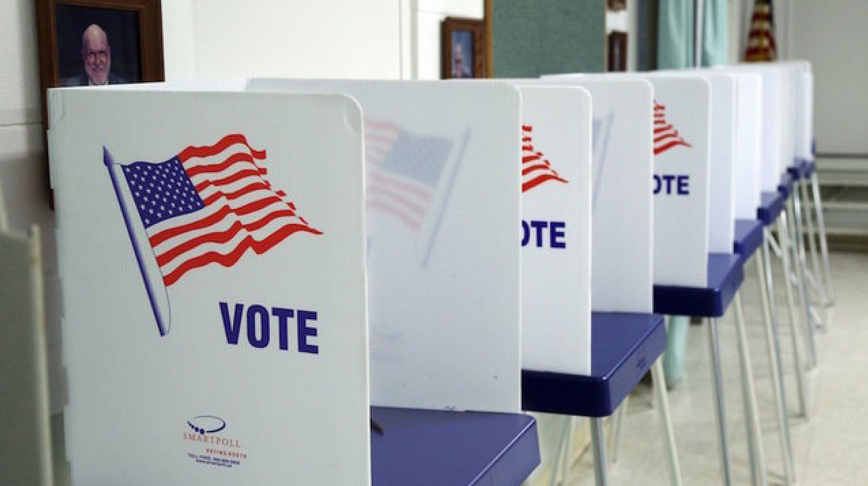 The 2020 presidential election underscored the need for improvements in our nation’s election integrity, but Washington Democrats are intent on weakening the power held by states to conduct their own elections. H.R. 4, should it become law, would federalize our elections and allow bureaucrats at the Department of Justice to veto virtually any state election law.

But it doesn’t stop there. This legislation also has the following consequences for our elections. This bill:

This is outrageous. I cannot support legislation which works against the American voter and decreases trust in our elections. 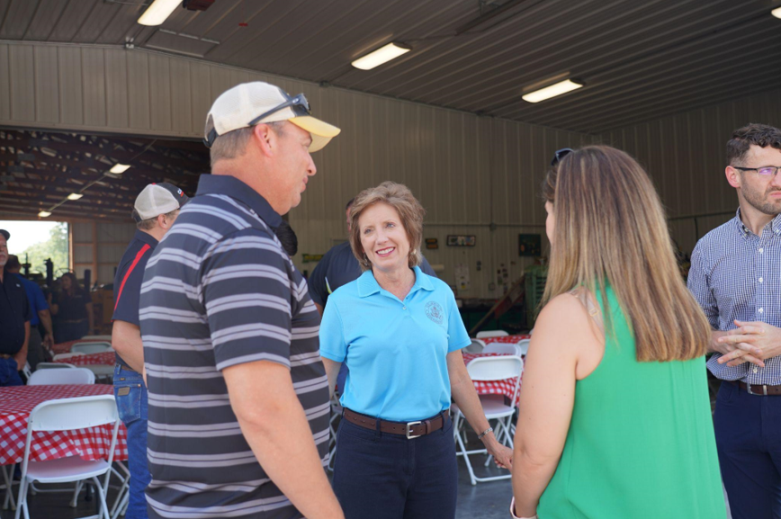 It is always great to visit with our district’s agriculture leaders!

I was pleased to join Missouri Farm Bureau President Garrett Hawkins, Missouri Corn Growers Association Environmental Director Darrick Steen, Missouri Soybeans COO Casey Wasser and Missouri Pork Producers Association Executive Vice President Don Nikodim on a visit to Scharre Farms in Centralia, MO to discuss the Biden Administration’s effort to redefine the Waters of the United States (WOTUS) definition and where federal jurisdiction begins and ends. Reverting back to the Obama-era rule which gave the federal government jurisdiction over 99.7% of Missouri’s land would have detrimental impacts on our nation’s farmers, small businesses, and landowners requiring them to get a federal permit in order to do anything on their property or face stiff fines or be subjected to lawsuits. I’m working alongside Missouri Farm Bureau, Missouri Corn Growers Association, Missouri Soybean Association, and Missouri Pork Productions Association to ensure a clear and reasonable definition and remind our federal government that state level experts know best.

We all know farmers and ranchers care about the land and water in the communities where they reside, including preserving them. I support the Trump-era Navigable Waters Protection Rule that protects our nation’s waters and provides clear rules for people and communities to follow without a federal takeover of our land. 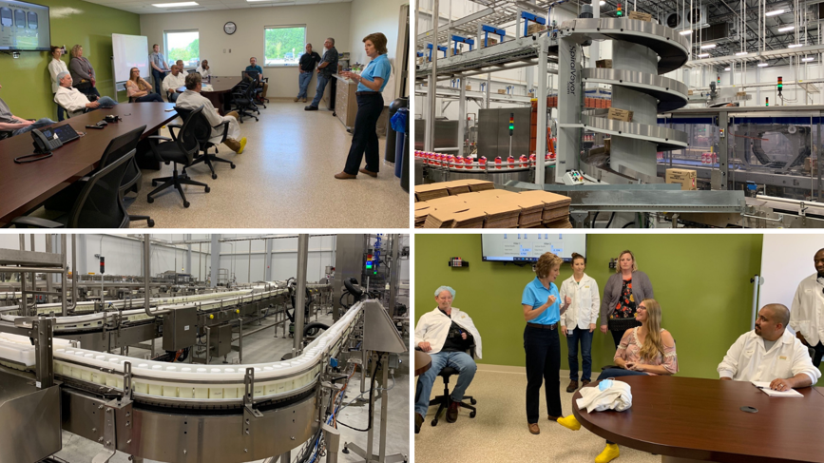 In Boone County, I had the opportunity to visit Aurora Organic Dairy which includes a 127,000 sq. ft. facility for milk processing and cold storage. This milk processing plant, which employs 130 people, opened two years ago and processes milk that is sold across the country under various brand names. Next time you see the facility number 129, you can be sure it was processed here in Missouri’s Fourth District! While at the plant, managers discussed the need for supporting more technical education and ensuring our high school graduates are ready and able to adjust to a workplace with increasing technology throughout these highly skilled, high paying jobs. I’m proud of this plant for providing a great product and great jobs in our district. 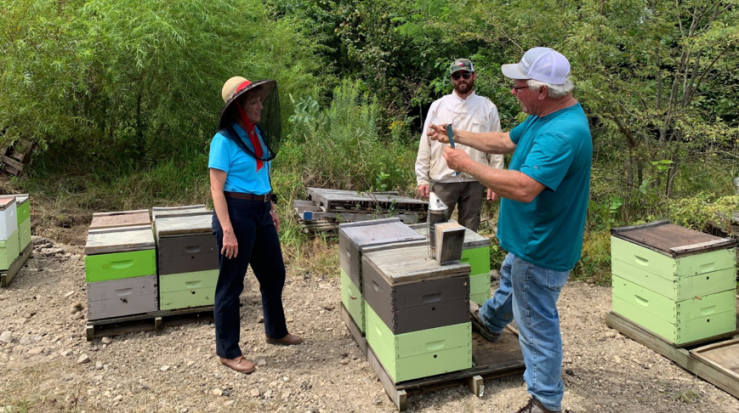 Other stops along the way included the Eisele Bee Farm where we tasted fresh honey while discussing the importance of the precious pollinators and Back Forty Bison Farm in Dade County where I learned more about the importance of our national mammal and its important role in conservation. At Tompkins Family Farms in Benton County, I had the opportunity to meet with Gary and Sydney Tompkins and see their elaborate and extensive hog farm operation. As a former pork producer, it was encouraging to see this new modern facility providing high quality pork protein for America’s families. 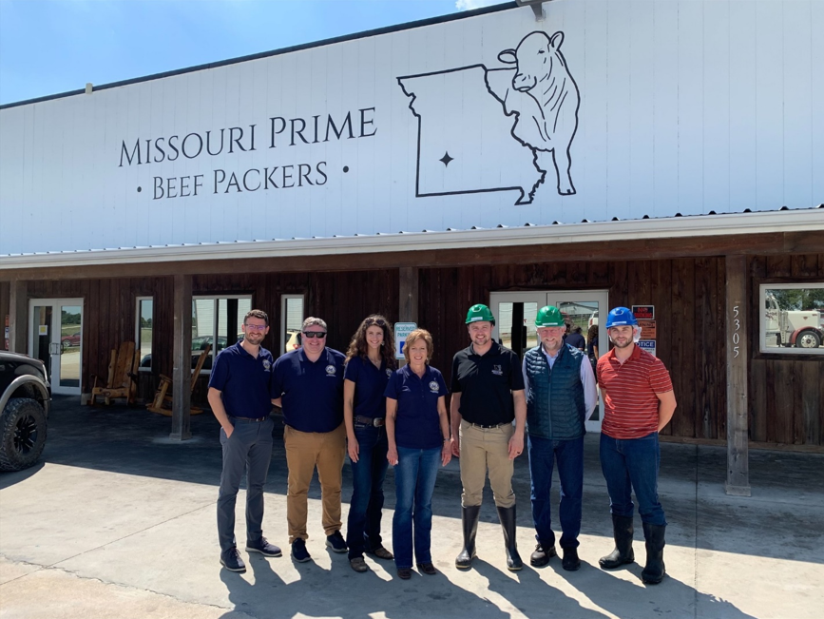 In Polk County, I visited the new Missouri Prime Beef Packers facility. We discussed the importance of labor, inspection standards, and how Congress can continue to support small meat processors. 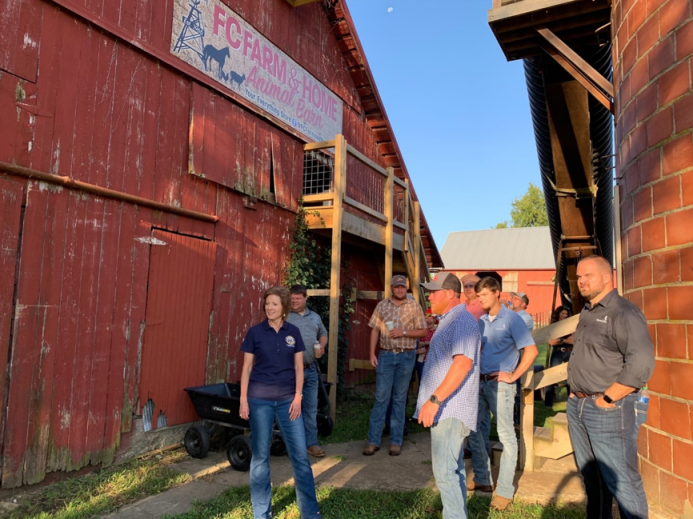 At the Red Barn Ranch in Cass County, I was reminded of the importance of protecting stepped-up basis, eliminating the death tax, and combating increases to the capital gains tax as we visited Matt Moreland and his family’s farm. The Moreland family has been farming together for generations. We cannot allow Biden’s tax proposals to destroy what they have spent years working so hard for. 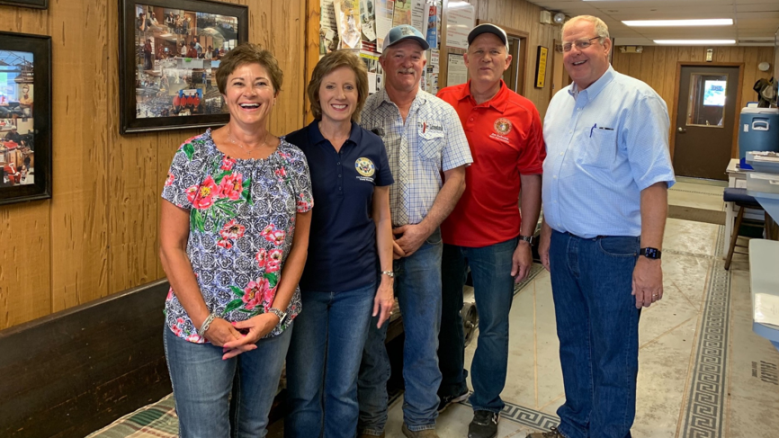 I also spent time in St. Clair County at the Wheeler Livestock Auction. Among the topics discussed was my legislation, the Optimizing the Cattle Market Act, which would provide transparency within the cattle market while equipping producers with more tools and useful information to succeed. I am hopeful this bill becomes law so our cattlemen and cattlewomen can get a fair price for their cattle!