Throughout this pandemic, our educators have stepped up to the challenge of virtually teaching our children, navigating a new reality which directly impacted our kids’ physical, mental, and social wellbeing. Although nothing can beat the benefits of in-person classes, our teachers have answered the call and deserve our greatest appreciation for their efforts. As we conclude Teacher Appreciation Week, let’s thank these educators for going above and beyond for our children this past year.

I also want to wish everyone a happy Mother’s Day on Sunday spent with family and loved ones. We are so thankful for your influence on America’s future generations.

Please see below for a complete rundown of my week. 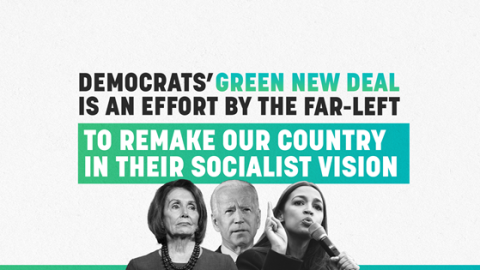 The radical Green New Deal is making a comeback in the halls of Congress now that President Biden is in the White House. Case in point: New York Congresswoman Alexandria Ocasio-Cortez just recently reintroduced the egregious legislation in the House.

It’s important to note that this legislation hasn’t changed much from when the Senate soundly rejected it last Congress without a single vote in support. Not one Democrat -- including then-Senator Kamala Harris, the most liberal member of the chamber at the time -- wanted to go on-the-record while in the minority and back the platform when it came time to vote.

The framework remains the same: a $93 trillion price tag, the destruction of our energy industry, and 10 million current jobs effectively destroyed should it become law.

Not only would this failed proposal substantially increase the invasive role our federal government already plays in our everyday lives, but its end goal of zero emissions within 10 years -- which on its face is virtually impossible -- leaves out the reality that foreign powers such as China and Russia would reap the benefits of this effort, as millions of jobs would be shipped overseas where our government’s restrictions no longer apply. This would, in fact, create even more emissions worldwide.

We must combat these regressive philosophies and embrace the American spirit that we already know works: hard work, low taxes, and small government.

President Biden By the Numbers

In just over 100 days, it has been extremely disheartening to see how quickly our nation -- and its borders -- have become victim to the current administration’s damaging agenda.

The numbers below speak for themselves. Truly devastating. 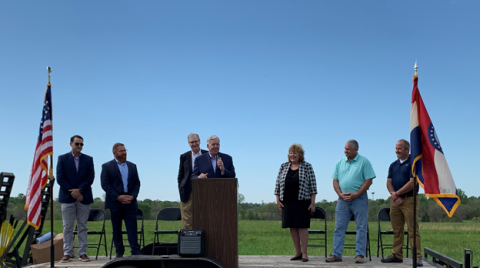 This week, the Durham Company hosted a groundbreaking ceremony in Buffalo for their new 45,000 sq. ft. manufacturing facility, which is projected to create over 50 new jobs.

Back in 1959, Durham was established in Lebanon where their headquarters and manufacturing facility is located today. They also have two manufacturing facilities in Houston, MO. The Highway 65 corridor, where the new facility will be located, has seen a significant amount of new business development over the years because of its strategic location.

Workforce development has long been a central element to providing more jobs for rural communities and I applaud Governor Parson and the Dallas County Economic Development Group for their hard work and partnership with Durham. I agree with the governor that job expansion in Buffalo is a wonderful opportunity for students to remain in their communities thanks to ample job prospects. 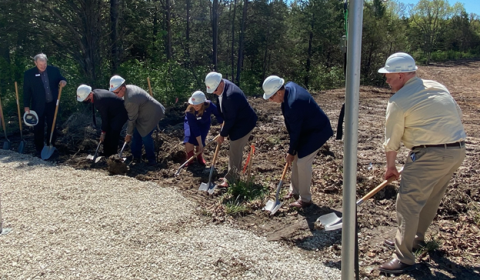 One of the biggest concerns I hear expressed by business leaders throughout our district is a lack of skilled labor to handle the many jobs that are available. With that in mind, I am pleased to share the wonderful news that groundbreaking ceremonies have been held for what will soon be the Ashland campus of Ranken Technical College.

Last week’s ceremony followed the news that the Economic Development Administration (EDA) had awarded a grant for $4.5 million to the Southern Boone R-1 School District for constructing the Central Missouri Workforce Development Center – the Ashland campus of Ranken Tech. A local group, Tomorrow’s Workforce Capital Campaign, is currently working to raise the remaining $1.5 million needed to fully fund the project.

This desperately needed facility will benefit a wide range of individuals in Mid-Missouri. While many of the beneficiaries will be high school graduates who want to learn work skills rather than spend time at four-year colleges, Ranken Tech will also be available to younger middle school and high school students who hope to get a head start on learning a trade. Additionally, the school will provide a valuable opportunity for anyone who is already in the workforce but who wants to start fresh and head in a different direction.

I am so proud of the Ashland group that has been working on this project for some time and was pleased to have supported the effort to obtain federal funds. I look forward to this latest addition to higher education in Missouri’s Fourth Congressional District opening its doors and developing a workforce with the skills America needs in the 21st century.