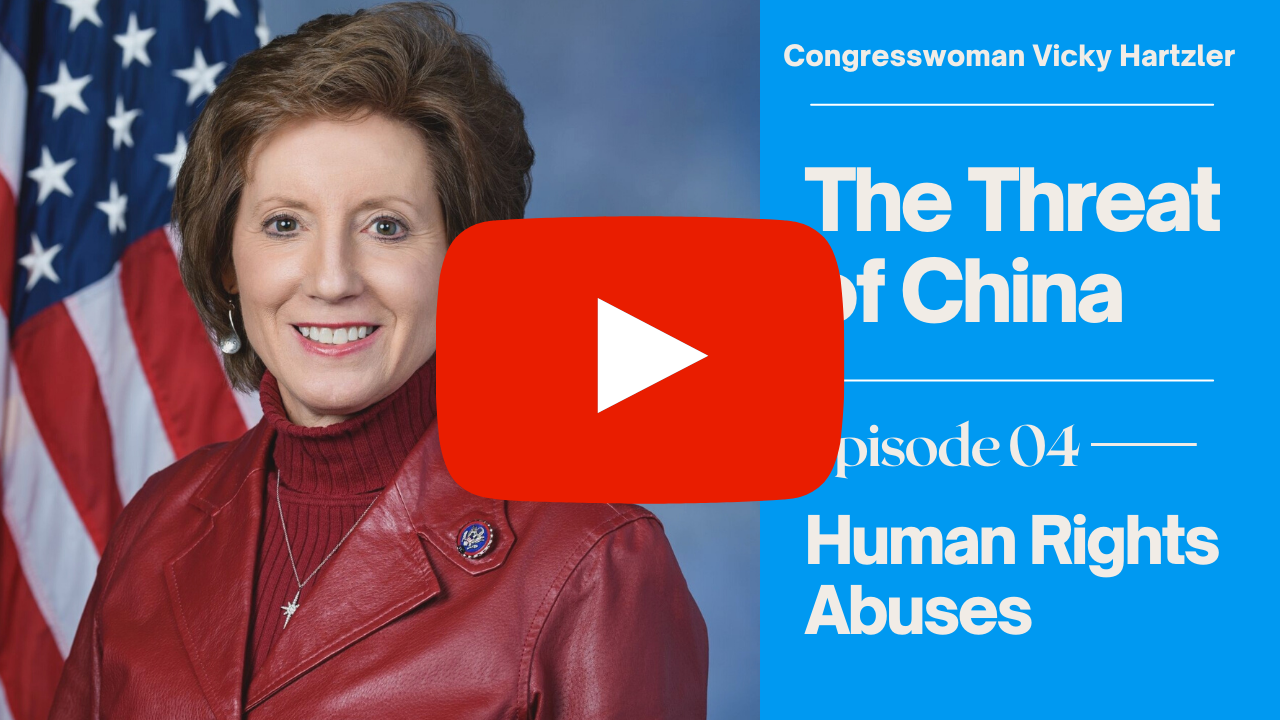 WASHINGTON, DC—Congresswoman Vicky Hartzler (MO-04), a Commissioner of the Congressional-Executive Commission on China (CECC) and a senior member of the House Armed Services Committee, released Part IV of her four-part video series today entitled, “The Threat of China”, which provides a current glimpse of the growing Chinese threat to America and what our nation must do to combat their rise in the 21st century.

The last installment of this series, highlighting China’s human rights abuses, is available to watch now.