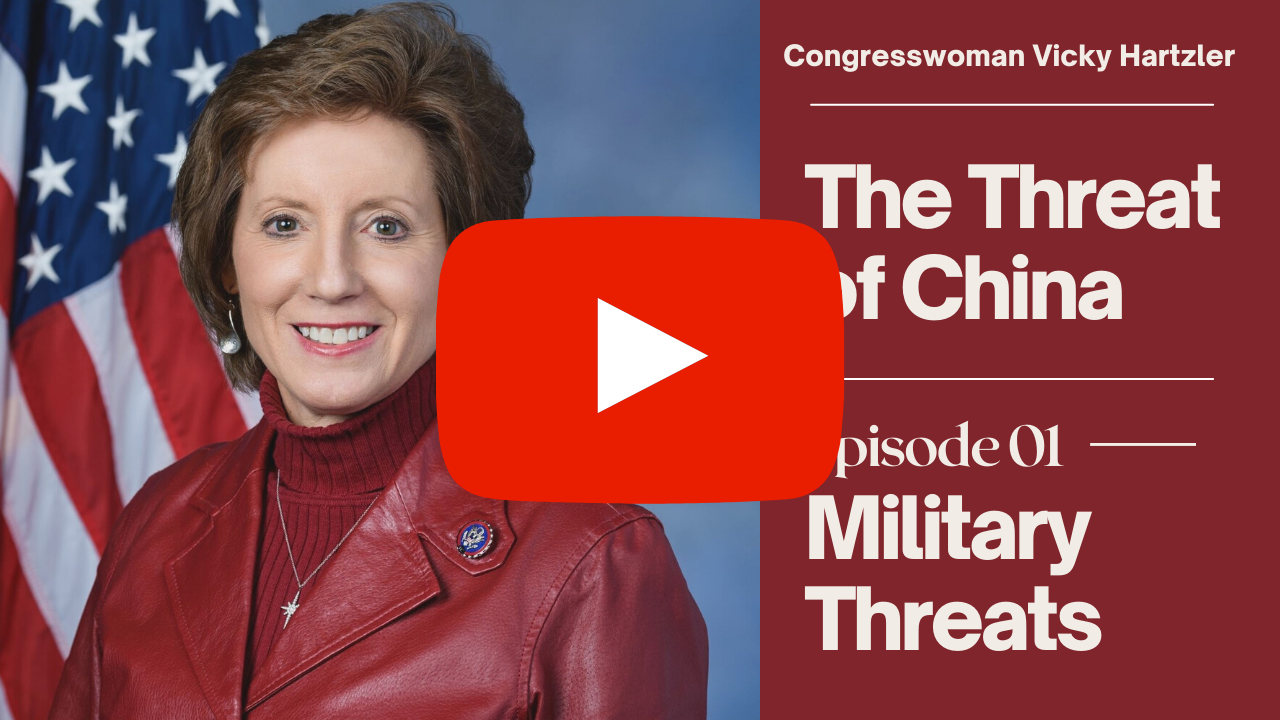 WASHINGTON, DC—Congresswoman Vicky Hartzler (MO-04), a Commissioner of the Congressional-Executive Commission on China (CECC) and a senior member of the House Armed Services Committee, launched her four-part video series today entitled, “The Threat of China”, which provides a current glimpse of the growing Chinese threat to America and what our nation must do to combat their rise in the 21st century.